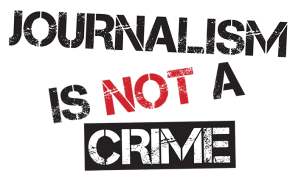 Media owners have united in an open letter to Prime Minister Scott Morrison asking him to defend press freedom in Australia.

The letter, also signed by some of the nation’s most prominent journalists, including Karen Middleton, David Marr, Kathrine Murphy, Laurie Oaks and Malcolm Farr, calls for legislation to “recognise and enshrine a positive public interest protection for whistleblowers and for journalists”.

It comes following the raids on Annika Smethurst, a News Corp journalist, and the ABC over two separate stories relating to the Afghan Files and alleged plans for government spying on Timor-Leste.

“These are issues of public interest, of the public’s right to know,” the open letter says.

“Whistleblowers and the journalists who work with them are entitled to protection, not prosecution. Truth-telling is being punished.”

Open letter in the papers today

“The two recent incursions by the AFP have shocked many and have prompted an important conversation about the present state of Freedom of the Press in Australia,” Miller says.

“It’s an important conversation. The community has received a stark and sharp reminder of the vital work of journalists in the public’s interest.

“Our members are universally being very vocal, and NewsMediaWorks applauds its members for being outspoken on this big issue”