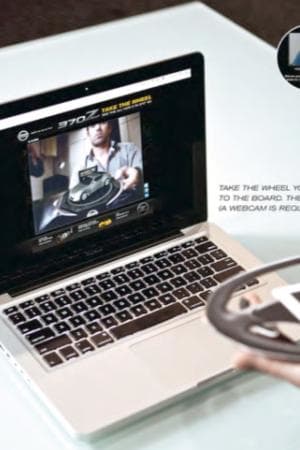 Whybin\TBWA\Tequila scooped a Globe for Nissan Australia's “Take the Wheel” campaign, in the 'Best Use of Direct Marketing & CRM in a Promotion Campaign' category.

Wunderman picked up a Globe for the Microsoft campaign “TenGrandisBuriedHere.com”, in the ‘Best Use of the Internet, Viral or Social Marketing in a Promotion Marketing Campaign’ category.

Other winners included Creative Activation (CSM), which took home Silver for its “Carlton Draught – Drop the Bomb” contest and a Bronze for the “Carlton Dry Fusion Lemon - Facebook” promotion, which enabled members of the social network to shout each other a free beer.

Apollo Marketing Australia also scored an award on the night with Silver winner for the “VB Raise-A-Glass Appeal”, a promotion raising funds for RSL and Legacy.

Chairman of the Australasian Promotional Marketing Association (APMA), a subsidiary of the Communications Council, David Lo, said: “We’re very pleased to see two APMA agencies winning top awards at this year’s Globes. It is a great achievement. The winners have been recognised in the Star awards, so this is a confirmation of the outstanding work that’s being done locally.”

Chief executive of the Communications Council, Daniel Leesong, said: “Each and every one of these campaigns is innovative and cutting edge. This is a great result for Australian marketing communications sector and shows that Australian promotional work is achieving international recognition year on year.”

At last night's 25th awards ceremony in Washington DC, USA, a total of 48 Globes were handed out.

The Globe for the 'Best of the Best in the World' went to The Bicycle Factory Promotion, created by The Hive Canada. The promotion encouraged customers to buy Cadbury products and generate points in order to ‘build’ virtual bicycles. Real bikes were then sent to African nation Ghana.

Vice-president of marketing at the Globes, Mike Da Silva, said: “Despite the ongoing global economic situation, still present in many countries, the Globes entries continue to grow with quality and creativity to match.

“We saw our first entries from Pakistan and Vietnam this year, increasing the global reach of the awards. This year we noted the number of integrated Campaigns utilising multiple techniques, including social media, increased markedly, continuing the popularity of digital techniques.”