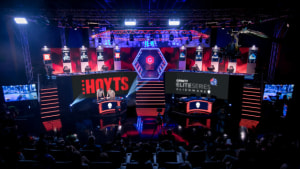 Amazon-owned streaming platform Twitch is upping the level of expectations it has for the Australian market, as it looks to capture more brands for its swelling audience.

Speaking to AdNews, Twitch's global director client strategy Mike Lucero says the biggest challenge in on-boarding brands in Australia is having them understand who the Twitch audience is.

With a nearly 80% male user base and a strong association with the gaming community, Lucero says brands can fall into the trap of associating the platform's audience with only tech and video game related categories.

“The biggest challenge is to unshackle Twitch from gaming and really convince the market that it's a lifestyle brand that goes far beyond just the video games, which just happened to be the core content,” he says.

“We have a huge viewership, being the very difficult to reach 18-34-year-old male gamers, but that does not confine them to only those products.”

In a market like the US where Twitch is more mature, Lucero says the platform has more advertising that's non-endemic than endemic, with sporting brands including the National Football League, National Basketball Association and even Mexican wrestling event Lucha Libre involved.

Such popularity has seen other brands, not commonly associated with gaming, adopt a marketing strategy on the platform.

The need to run not walk

Lucero says locally, Australia is viewed on a crawl, walk, run basis in regards to how it is progressing compared to other international markets.

“We're in between crawling and walking right now, but when I started my job a couple of years ago, we were in the crawl stage with a lot more endemic advertisers and just a few non-endemic advertisers,” he says.

He says that while the progress is positive, those non-endemic, more outsider brands aren't mirroring the strategies employed by their international counterparts, yet.

“Now we're seeing more and more of the endemics starting to get on board, however, in the US, we've got people running their campaigns all year long, 12 months a year,” Lucero says.

“Whereas here, we're sort of more on a campaign by campaign basis with the ambition of getting to the point where people are running campaigns constantly on Twitch because they know that's a great way to connect with that very elusive male audience.”

With success in the fast food, tech and gaming space, Lucero has pointed to the consumer health products space as the next category Twitch is looking to engage with locally.

He says this is an obvious market that is missing from the Twitch platform and one that will help the Australian market better understand the reach it can offer.

“Whether it's things like shaving cream, razors, deodorants or if it's items that they might buy in a grocery store like candy or snacks,” he explains.

“All this is totally within the lifestyle of our audience - that male 18-34 audience - again where we've been successful in the US and we just need to bring that success into this market and we need to do so by just pushing those brands a little harder.”