Act for Kids encourages Aussie families to give less this Christmas

Families are being encouraged to give one less gift this Christmas and instead consider donating to charity.

National children’s charity Act for Kids is encouraging Aussie families to buy one less Christmas present this year and instead give the money to kids at risk of child-abuse and neglect.

The new approach taps into authoritative research that shows 70% of people regret some of the impulse purchases they make at Christmas, with Aussies spending an average of $593 on Christmas presents.

Publicis Worldwide ECD Ryan Petie says: “We’ve supported Act for Kids for more than 15 years and we hope this project achieves the effectiveness of our past campaigns. As a father of two youngsters, I know how much money we spend on unnecessary gifts at Christmas, which could be much better spent giving a little hope to kids in need.”

“The One Less Present campaign from Publicis Worldwide is authentic and moving, focusing on children giving to others as an act of generosity and understanding. This latest campaign follows in the success of Monster Crayons in 2016, a new product now sold in retail stores around Australia,” Act for Kids Marketing Manager, Penny Parsons adds. 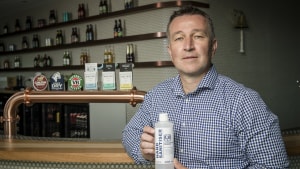 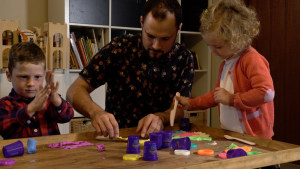