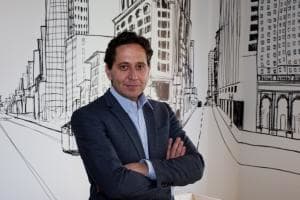 I’m here in Austin attending South by Southwest, my favourite film, interactive and music conference that takes place every spring in Austin Texas. SXSW began in 1987, and has continued to grow in size every year. I attended for the first time last year and found it an innovation smorgasbord, with the latest technologies, most innovative companies in attendance across the web, mobile, film, advertising and music industries. Today I spent the first day of six in the main hall and attended three riveting talks.

First it was Bre Pettis the inventor of Makerbot. His talk was on ongoing developments of the 3D printing revolution. He is an amazing entrepreneur who spoke to the audience about the next industrial revolution. His belief is that 3D printing technology is empowering people to become the new explorers because it is now possible to replicate and make anything you want using the internet and 3D printing tools.

The second talk was Poynter Institute's major study of storytelling on tablets. Sara Quinn spoke about the study and how they have explored the way that elements of touch, gesture, interactivity and position come together to create engaging, satisfying customer experiences. On the panel was Dr Mario R. García, an American former newspaper and magazine designer and now digital media consultant.

He spoke about how all traditional publishers need to forget about producing product with the big screen or magazine or newspaper thinking first. It must be mobile first thinking for all publishers and everything else next. In a passionate talk, he spoke about creating multi-sensory experiences and the fact that the next 18 months on smartphone is going to see some amazing new ‘mini content’ products.

For tablet content creation he said remember the eye, brain and the finger. Don’t frustrate the finger, he said in a strong Cuban accent, and always make it happy. He spoke about creating pop up moments that make people happy. More about the study here.

The last talk was from Jason Silva from the National Geographic Channel's Brain Games. He spoke about a world where the exponential progression of technology is increasingly shrinking the lag time between what we can imagine and what we can create. His poetic, impassioned and inspirational take on scientific and technological advancements combined with his riveting on-stage delivery style was very unique. His hyper-enthusiastic insights on creativity, innovation, technology, philosophy and the human condition is best viewed in his new 90-second film he launched today.