OPINION: The transformation of the government relations industry 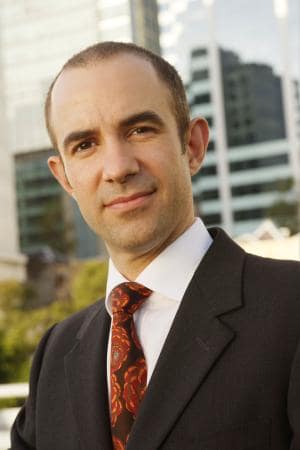 The government relations and lobbying industry in Australia is currently going through a transformation, or for those less inclined to hyperbole, a major change. The recent Queensland election stands as something of a watershed for the industry and as a window
to the future for the national industry.

Going back a decade and beyond, the Australian industry was dominated by PR firms which had hired former politicians or political staffers and hung up a government relations shingle.

This gave the industry a strongly communications-focused practice approach where “message” was king, media, communications and event activities were central to strategy and the written word – be it in “leave behinds”, websites, brochures, letters or submissions
– was the major mode of communication with government.

Over the last decade, the industry has been going through an entirely different shift – seeing it move away from the PR/ communications approach to having much more in common with management consulting.

The most successful government relations firms of the last decade have largely eschewed media strategies, submission-writing, events/stunts and the like to instead focus on strategy and advocacy. This model recognises that business has a risk or opportunity exposure to government decision-making and seeks to treat risks/exploit opportunities through increasing the client’s understanding of the decision-making process and helping them align their corporate strategy accordingly.

The government relations management consultancy will focus primarily on transferring knowledge, strategy and know-how to the client, but will also undertake direct advocacy and lobbying on behalf of the client.

None of this is to say there’s anything inherently wrong with the PR model. There’s not. It’s just that the ability to drive client outcomes is sometimes more effectively achieved with an “inside-out” approach rather than “outside-in”.

Which brings us to the next big change in the industry – a move away from bi-partisan government relations firms to partisan ones.

It’s a truism that in the world of politics, if you try to be everyone’s friend, you’ll be no-one’s best friend. This is also true in the world of government relations. In order to truly understand a government and its decision-making processes (let alone effectively advocate on behalf of a client within that government) it’s very hard for a firm to be on both sides of politics. When it comes to advocacy, political alignment between the government relations consultant and the government is vital to achieving effective “cut-through” on commercial matters. This applies as much to risk-averse bureaucrats concerned about Opposition questioning as it does to ministers and their staffs. On the company side, to create a politically-aligned culture within a government relations consulting business – you really have to be on one side or the other (there’s no such thing as a non-partisan political culture).

The world of government relations consulting in Australia is inexorably moving away from PR-based firms working both sides of politics and towards management consulting-based firms working on one side of politics. Evidence of this is being seen in Queensland with the rise and fall of firms already taking place despite the short time since the change of government. As the coming few months unfold, expect to see further re-alignment of the industry as there was in NSW following the 2011 election.