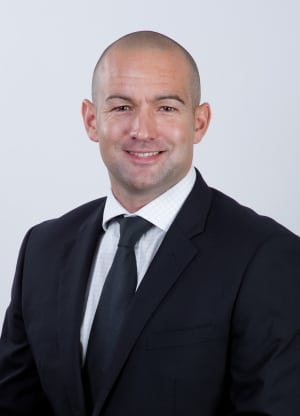 Multi Channel Network aims to have its automated trading platform running at full steam by mid-2014, but despite the company's heavy investment in data via its Multiview audience panel, CEO Anthony Fitzgerald has warned against over-targeting. It delivers diminishing returns – and clients don't know enough about their own customers to make it work anyway.

MCN is investing $30 million over seven years into building its automated trading platform, dubbed Landmark. The system is slated for launch in April but MCN doesn't expect agencies to be fully using the system until the new financial year.

Speaking at yesterday's Homefronts event in Mosman, MCN national sales director Mark Frain said the the trading platform would form one of the company's 'two pillars' – multi-screen solutions and dynamic trading – and the efficiencies generated by Landmark would allow more resources to be devoted to the premium multi-screen work.

“Two of the most important things you can give anyone in media are time and delivery,” he said. “This will reduce the time spent chasing audiences around platforms. The amount of time agencies spend chasing spots, chasing make-goods, getting make-goods for a campaign that's already finished to deliver on the campaign objectives – this will all be managed by an automated inventory management system.”

Network Ten launched a private exchange in June after striking up a deal with TVN. Fitzgerald said he expected all the networks would automate their trading systems within five years. “There will be different systems that will trade inventory in whichever way they [the networks] choose to trade, but what will happen is the industry will build a hub between the different systems that will help automate the whole process at their end,” he said.

MCN is also looking at integrating data from its Multiview panel – which is on track to reach 100,000 homes by the end of the year with a goal of 200,000 in 2014 – with household spending to offer “true single source” data. But despite this, hyper-personalised, one-to-one TV ads – similar to Sky's AdSmart technology in the UK – aren't the goal.

Research and strategy director Murray Love said the industry was “quite a long way off” from personalised TV ads. “If you're trying to sell bread or VB or whatever it is, you need to know enough about every single person that you want to be able to target to say, what is the right message for person A versus person B,” he said. “Let's say we know this group drinks premium beer, to be able to target them as a group would be far better than buying 25-54, but is it really worth trying to target them individually one by one?”

And according to Fitzgerald, clients don't have enough information about their own customers to be able to say definitively who they want to target anyway. “And if you start getting down to that level, how many different creative executions do you need? It complicates things to an enormous degree. And there is a point, although we don't know where it is yet, but there is a point where you can become too targeted without bringing in any real efficiency.”