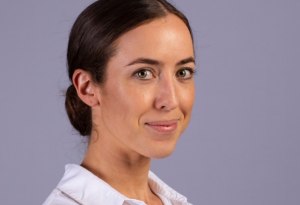 “Geez, you can’t say anything these days!” This is one of the most exasperating comments I hear. It refers to the so-called shackles that gender-equality has placed on the sexual harassment that used to flow so freely through workplaces. But rather than complaining that we can’t continue with careless discourse, maybe it’s finally time we commit to change.

As a society we have found ourselves in the perfect storm, and as classic literature has taught us, storm = change. With Grace Tame receiving Australian of the Year for courageously using her voice to push for legal reform surrounding sexual violence and Brittany Higgins’ alleging sexual assault in Parliament House – and the disappointing rhetoric that has followed these widely publicised allegations – coupled with the fact that Australian businesses are starting to head back into their workplaces, we have been given the perfect opportunity to reset and leave any antiquated behaviours at the wfh desk. This is our watershed moment and we shouldn’t waste it.

According to the Human Rights Commission 2018 Sexual Harassment Survey, 1 in 3 people still report experiencing sexual harassment in the workplace. The stat for women is close to 2 in 5. Anecdotally, you don’t have to be in a physical workplace to experience harassment, it can happen over a Zoom call too.

In 2020, The Human Rights Commission handed down their Respect@Work Report which stated that there are two key changes that need to be implemented. The first, legally compel employers to take measures to eliminate sex discrimination, harassment and victimisation. The second, amend the definition of serious misconduct in the workplace to include sexual harassment. Disappointingly, yet not surprisingly, according to The Drum, neither of those recommendations have been implemented.

That’s not to say that as individuals, we can’t take responsibility and affect change ourselves.

Think Before You Speak

It’s a saying as old as time, but one that we should remember when we are in the workplace. Workplaces are a microcosm of society. In very few places are we exposed to such a diverse range of people, people who have different boundaries and experiences than our own. For example, a joke appropriate amongst your close friends might make a colleague uncomfortable. And no, this doesn’t mean you can’t tell jokes anymore, just be mindful of your audience – as advertisers we should be pretty good at identifying our target audience.

Common decency is “the everyday courtesy, respect and politeness that is expected and assumed by social convention.” If we practise common decency and treat people around us with respect, there will be fewer indecent interactions. This is something everyone should be mindful of, but particularly those in a position of power. Any power imbalance creates uncertainty and fear of speaking out. Now, just to be crystal clear, I am not suggesting would-be victims need to mind their p’s and q’s. What I’m suggesting is for us all to be mindful of our behaviour so that no woman, or man, is put in an uncomfortable position in the first place.

Some people are huggers, others are not. Some people think sexual innuendos are funny, others do not. Some people aren’t protective of their personal space, others are. Sexual harassment is subjective, this is what makes the grey area so tricky to explain and navigate. Returning to the two previous points, think before you speak and be decent, if we, at the very least, practise these two actionable changes we’ll be heading in the right direction.

While each of us should be able to empathise with another human, if the only way you can decide whether your behaviour is appropriate or not, is by asking yourself how you would feel if it happened to your own daughter, sister, mother, brother etc. then please do so. Relative empathy is better than none at all.

With the majority of employees now heading back into the workplace, never before has there been a better time to hit reset on our workplace practices. While some of us are desperate for things to go back to normal, why don’t we make our ‘new normal’ one where sexual harassment doesn’t exist. Speaking from experience - however short my career has been - enough is enough. As David Morrison, 2016 Australian of the Year, says “the standard you walk past is the standard you accept.” For the sake of the industry, let’s commit to playing our part and making workplaces safer for everyone.