What’s hot and not from Texas' tech mecca 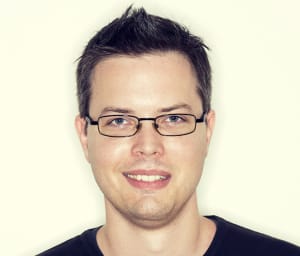 Now in its 30th year South by Southwest is synonymous with creativity and innovation for advertisers and marketers from around the world and this year has seen the program significantly expand with hundreds of new sessions catering to a record breaking 72,000 delegates across its interactive, music and film festivals.

So beyond dizzying crowds, and the ever-present fear of missing out on the next big thing, what are some of the key trends to have emerged from the annual techie talkfest and what are the things which were hot in previous years but have now have lost their cool after going mainstream?

Walking around Austin, VR is everywhere. Demand by festival goers to get their hands on the latest 360 experience has left people queuing day and night for their chance to play.

Samsung, realising the round the clock queues their 5D sensory experience would attract, took things a step further with a tweet containing #VRonDemand summoning one of Austin’s iconic hipster peddled pedicabs to your location wherever you were, taking the experience out of the showroom and into the streets.

However, there was no sign of Microsoft’s augmented reality visor the Hololens this year. With its developer launch date set to next month and no new content available to show off.

Our pick for the best of the bunch has to be NASA’s International Space Station Experience which perfectly matched high fidelity computer graphics with HTC’s Vive controlled to build a 360 space you could walk around in with objects you could interact with in a truly virtual reality.

One thing that is increasingly clear is that VR isn’t the next big thing, it’s already here, and to the early adopters go the spoils.

Despite President Obama making an appearance, the longest line of the festival had to be for the update on the Google Car, which gives you a feel for how hot AI and machine learning is this year.

What speakers from Google, IBM, Cycorp, Viv Labs, Affectiva, Stanford, Chicago and Washington Universities all made abundantly clear was that AI is here whether we like it or not.

Prominent speakers such as Elliot Turner, director of alchemy of IBM Watson shared an insight into Watson’s incredible capabilities, and how they were currently being used on everything from big business, to what cocktail to serve you at their lounge.

Academic turned entrepreneur Dr Doug Lenat discussed how the formative work done in Stanford in the 70s has finally matured to real world products already changing the face of finance and retail, with major AI lead disruption to education and healthcare on the verge of hitting the market.

Prof Tara Sinclair of Indeed.com alongside Google chief economist Fabien Curto Millet shared how governments could harness the massive big data sets in search, mobile and satellite imagery to not only predict, but also prevent the next global financial crisis.

Of course no SXSW is complete without a little doom and gloom with futurist Jerry Kaplan predicting a dystopian future of haves and have nots brought on by the rise of the machines.

Regardless of your point of view, whether you fear our new robot overlords or think that intelligent machines will be the greatest partner we’ve ever had, SXSW has featured some world class thinkers and doers in the field of Big Data and AI.

With hundreds of the world’s hottest musicians in town including the incomparable Iggy Pop, there was only one person in interactive that everyone was lining up to see, Pepper.

Who is Pepper I hear you ask? It’s a child sized robot powered by IBM’s Watson AI and built by a joint venture Japanese telco giant Softbank and French robotics manufacturer Aldebaran.

Beyond being incredibly cute and alarmingly lifelike, Pepper represents the pinnacle in human machine interface with the ability to change how it interacts with you based on your mood.

With more sensors and processing power than bares mentioning, this super sophisticated robot reads your emotional state in the same way that you do, by picking up subtle facial cues and voice pattern analysis.

So why build a child sized robot? Simply to replace human jobs. The call is now out for developers to start building out Peppers capabilities to let it become the worker and companion of the future.

The one robot that didn’t show up for SXSW was the Google Car. Instead project director Chris Urmson covered the highlights of the last 1.4 million miles on the road, a detailed blow by blow of the recent fender bender involving the autonomous vehicle and a city bus, as well as sharing footage of the now famous duck chasing lady.

What was a conspicuously absent from SXSW this year however was drones. Beyond a few trade stands for highly specialised cinematography drones these seem to have gone mainstream fast and lost their SXSW cool.

Head of media and business intelligence at Affinity