Time to restore trust and integrity in adland 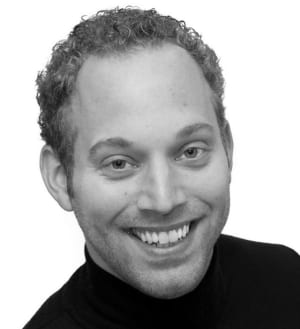 Credibility in adland seems at an all-time low. Given recent events, this is not really surprising. The ANA transparency report and the latest Dentsu overbilling scandal raised questions about possible widespread, unethical behaviour of media-agency groups.

Grey Singapore returned a Cannes Lion because their refugee rescue app ISea turned out to be fake. Data sources in DMPs were found to strongly contradict each other. Nielsen and Facebook admitted that they have misreported critical video measurements for a long period of time, while Google’s mobile ad measurement temporarily lost MRC accreditation. And ComScore needed six months to sort out their accounting, resulting in a stock trading halt and a possible NASDAQ delisting. When finally releasing the numbers, they reported to have overstated revenue by $48 million for the last three years. A measurement company that cannot track their own finances?

How did we end up in such a mess?

No one is perfect. It’s human to make mistakes. However, the large number of hiccups, irregularities and scandals over the last six months seem to point to systematic issues in the ecosystem.

Marketing has attracted a multitude of tech players, with the ChiefMartec Landscape now counting around 3500 global companies. Australia is no exception to this trend, as the steadily grown MediaScope shows. Many experts have already speculated about consolidation. However, consolidation does not happen overnight and is rather a medium- to long-term trend.

In the short run, fierce competition means that organisations battle each other in making greater promises to get a client’s signature. Moreover, to be the fastest to market, there is high pressure to release products as soon as possible, often without sufficient testing and validation.

Historically, marketing and advertising have been characterised by rather creative mindsets. Generating the next big idea and ‘perceived’ value was too often the only factor that mattered.

However, with the new omnipresence of technology and analytics things have changed. Campaigns and individual actions become highly accountable and potential smoke and mirrors can be revealed more easily.

Unfortunately, many people of the old system (believing that creativity is the only crucial success driver for advertising) are still around, especially in senior management. Yet, understanding what you can and cannot do when offering technical products and data-science solutions is essential for business outcomes in the new age of ad tech. Focussing on the great concept of what a technology can do and less on execution can backfire heavily. The ISea app failure and the subsequent outrage demonstrate this perfectly.

Overpromise and underdeliver, so what? - Suffering from high employee turnover

Trust is built over time and grows with long-lasting relations. Sadly, industry turnover in advertising is very high with a loss of about 27% annually (vs. 13% in other industries). Likewise, the average tenure time for CMOs is now less than two years. As a result, many managers may never face the consequences of key decisions, leading to short-term profit optimisations and greater willingness to accept risky “overpromise, underdeliver” behaviour.

Nevertheless, I also believe the brief durations of company engagements are both cause and effect of the problem: many may be frustrated by one organisation (because of BS and integrity issues) and hope for better in their next role.

I have mentioned this many times, but it’s important to understand the numerous conflicts of interest in media-buying practices today. Having one company wearing multiple hats for one client (broker, consultant, reseller, researcher, producer, auditor) is dangerous and allows unethical behaviour without being exposed, in particular if there are no independent audits or disclosures of income sources. I would like to cite a reader’s noteworthy comment, which may spark an overdue discussion:

“God help media if it was ever to become a regulated field, where integrity isn’t a brand value, but the difference between success and jail time.”

Lessons from Volkswagen - one bad actor hurts all

Branding effects often work on the product category level: if insurance A runs an ad, insurance B may benefit from this campaign too. Unfortunately, this category effect also works for negative consequences. This could be seen during the Volkswagen scandal (VW): in the aftermath, Diesel engine sales as well as share prices of competitors went down too. In other words, everyone in one industry may have to pay for the bad behaviour of some individuals.

Now, given that many innocent participants are sucked into the chaos created by a few, what can we all do to improve the situation?

Five main points stand out for me:

1. Education, education, education – specifically regarding limitations and realistic opportunities of digital and programmatic applications.
2. A mindset shift - creativity and data science are not mutually exclusive, but complement each other (a perfect example for this is GumGum). However, data-science services require rigour, strict processes and planned workloads – something many agencies still need to adopt or improve.
3. Redesign boni systems (e.g., linked to customer or employee satisfaction, see Westpac’s great new initiative) and create long-term employee incentives.
4. No cross-unit subsidies anymore - each unit, including creative and media planning, should be marketed as high-quality services with appropriate remuneration.
5. Develop more standards, protocols and mandatory guidelines for media buying to reduce information gaps and opaqueness that can be exploited by bad actors.

To foster change and address the suggested improvements, we need strong business leaders and trade associations which acknowledge that the present state of our industry is neither healthy nor sustainable. Let’s learn from history and other industries and tackle our obvious shortcomings and structural issues now.