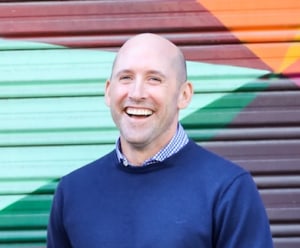 With the swathes of third party data they’re sitting on and the diversity of potential advertising inventory, there’s no question retailers are the next media giants. And media agencies are in the prime position to benefit if they help retail clients take up this opportunity. Zitcha’s Troy Townsend explains.

Take a moment and think of every retail brand in Australia. Not just the big ones like Coles and Woolies, Rebel Sport and Bunnings. But the smaller players too.

Now imagine if all of those brands offered up their websites, email databases and social media channels to advertisers. Some of them already do but think about the scale if they all did.

That day is coming and when it does, retailers are going to be the next media giants.

With the Australian digital advertising market worth $13 billion dollars and predictions that retail media is set to claim 25 per cent of that spend by 2026, if you work for a media agency, the ramifications should be obvious.

An already fragmented media landscape is about to become even more fragmented. But with fragmentation comes opportunity.

Agencies need to be very specific in how they get involved in this space. But one thing is for certain, overlooking it could have dire consequences. Agencies need to play this smartly.

Retail media has been around for years. And while the concept of selling catalogue space or point-of-sale on behalf of retail brands isn’t the sexiest of ideas, like all other media channels before it, retail media is having its digital transformation moment. Inventory is shifting from in-store wobblers to Facebook, Google, Tiktok and all of the other digital channels connected with a retail brand.

Given the change is still unfolding, many retailers are unaware of the value of the inventory they command and the associated data they hold about customers. Who better to help them get up to speed than their media agency?

With third-party cookies on their way out, agencies need solutions for clients that don’t necessarily have their own data assets. Retail media offers this in spades and allows brands to go direct to a customer who is in the market to buy. It’s the perfect way to activate performance media campaigns with much less leakage out the side of the funnel. And when it comes to attribution, where better to advertise than on a platform which owns the conversion point? Forget about the days of advertising on one media channel then desperately trying to work out whether that led to a sale when you redirected the customer elsewhere to seal the deal. Retail media takes you to the point of purchase.

Right now, the category is in its infancy with limited inventory beyond players such as Cartology at Woolworths or Coles Red Media. But more and more retailers are opening up their offering.

Now is the time to start talking to your retail clients about the opportunity for them. And talk to your supplier brands such as those in FMCG about how they see their investment evolving in this channel.

Currently, most supplier brands allocate their trade budgets to retail media channels which accounts for a moderate portion of their spend. But as the opportunity increases, it’s expected we’ll see a reallocation from brand budgets with more of the pie delivering via retail media. Estimates put this at about 80 percent which isn’t to be sniffed at.

It’s already hard to buy media in today’s fragmented media landscape but imagine how complicated it will be when there are thousands of retailers playing in this space? Agencies that familiarise themselves with retail media now will be able to help clients navigate this landscape, put retail media on their schedules and add to their own bottom line.

There are multitudes of opportunities for agencies to help from media revenue to strategic work that brings together media plans and placement. And agencies that get on board now will play a pivotal role in building the category as a whole.

All this ultimately means more billable time and isn’t it better if clients on both sides talk to you rather than going direct to the retailers and cutting you out of the action?

Troy Townsend is the CEO of retail media platform Zitcha.