Playing by the rules: What if political advertising couldn’t lie? 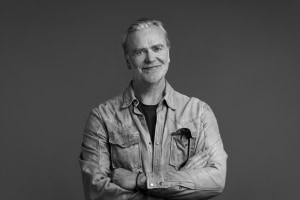 DDB Sydney chief creative officer Ben Welsh examines how different political advertising might be if parties were forced to abide by the same rules as brands and agencies.

“The trouble with their car is that the wheels will fall off as soon as you drive away.”

“You can’t trust their numbers. They say it’s economical, but they’ve always made gas guzzlers.”

“Our cars are better. They’re made better. Look better and last better.”

Imagine if car advertising was like political advertising. Rival marques throwing mud at each other, making defamatory claims, creating an environment where anyone looking for a new car might be tempted to get the bus.

Fortunately, car advertising has to abide by a set of rules that discourage such behaviour, so it tends to highlight the positive attributes of the car. And every year, we happily buy close to one million new vehicles.

Back to political advertising which seems to have no effective rules whatsoever. You can promise what you want with no real evidence. You can deride your rivals and re-invent your past achievements. You can promise things so far ahead you have no idea if they are deliverable.

I suspect that if political advertising was subject to the same rules as regular advertising, we would trust the parties more.

They would be forced to do a better job at selling their wares and approach brand-building in the sophisticated manner that agencies have been doing for decades.

We would be impressed with the power output of their proverbial engines. Amazed at economy and safety technology. Or even, simply charmed by their tonality.

We would have a more positive view of our polies.

But, despite their best efforts, we might not vote any differently.

Human beings are unreasonable. Most of the decisions we make are emotional rather than rational. When it comes to politics, even more so. We vote for politicians because we like the look of their face. We vote for parties whose policies will make us worse off. Just think of Brexit and Trump. And prey that the equivalent doesn’t happen here.

In Australia, we have an interesting contest on our hands. Labor is ahead, but people don’t seem to like Bill, they prefer Scott, but then they aren’t too keen on the Libs. Both leaders are running a presidential style campaign so our vote may come down to who we like most, or perhaps dislike least. In that case it may turn out to be more similar to choosing a new toothbrush than a car.

Standing in the supermarket aisle, staring at three different brands, we start off trying to work out which is the better design, which one offers the best value, but it’s all too hard so we pick the brand we’re most familiar with. Who will that be, I wonder?