Is creativity exclusive to humanity? 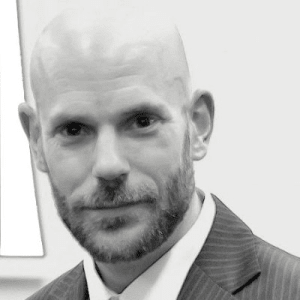 I was recently on a panel of creative and tech experts at a Vivid ideas event titled The Artificial Intelligence Debate: Does Creativity Require Humanity?

When we took a vote on that question at the start of the event, 60% of those in the room said they didn’t know the answer. By the end, however, 60% were of the belief that creativity does not require humanity.

How did we arrive at that answer? Two things emerged during the debate. First, artificial intelligence (AI) is quite new and people don’t have enough information to critically consider all of its opportunities and challenges. Second, they’re starting to realise that, in the face of sensible dialogue, the debate about AI’s relationship with creativity and algorithms has got a long way to run and raises more questions such as: are humans just a very complex set of algorithms in the wider context of evolution and is creativity therefore something only humans have access to?

From my perspective, the continuum goes like this: we are emerging from about 300 years of the economic and social impacts of the industrial revolution and mass mechanisation. At the same time, emerging knowledge economies are beginning to understand the potential of digital tools for automation and what they can achieve – effectively re-humanising our work and leisure and transport.

For example, if digital means you can work from anywhere (rather than having to be close to a factory or machine), and increasing automation means less repetitive work, then maybe it’s possible to be a little more engaged and to have greater time and freedom to innovate. But this takes more than tech – it requires leadership and the acceptance of change.

It’s still early days but the trickle-down effects are clear. Technology has been tremendously beneficial for humanity over the last 100 years, from vaccines to virtual reality (which turns out to be useful in treating PTSD). Technology was and is central to being human. AI represents more of the same trend, but there is undoubtedly greater complexity, as data volumes and computer power increase.

There are many products of technology that we now take for granted. Artificial intelligence and machine learning (ML) will ultimately become like that, not yet and not immediately, but already those of us who use Facebook, Google or Netflix are encountering those technologies daily and not even realising it.

For all the things that we fear machines might take away from us such as creativity and art and music, it’s important to regard AI and ML as tools for augmentation rather than replacement. A machine may well be able to suggest a font or colour to a graphic designer, but the ultimate decision and the real value still lies with a person. The tool is just making it a bit easier to experiment with the options. And let’s remember, for all our advances in ML, its current ‘brain’ power is still only that of a nematode worm in terms of the number of connected neurons.

We’ve all been dealing with professional change pretty much our whole careers and this is just another round of it. Yes, like every other change there’s the promise of interesting futures and a degree of uncertainty. The trick is to be willing to adapt, to embrace these technologies and to get the best out of them.

To do that you need to be educated, aware and involved, and that’s why we have these conversations in the public arena at Adobe. Our job, in part, is to tell people not to panic, that we’re here to help and the technologies we’re building and delivering will assist you in whatever you want to achieve.

So, it is absolutely clear that yes, we’re making progress in AI and ML, but show me a nematode worm that can do your job then we’ll have another conversation.