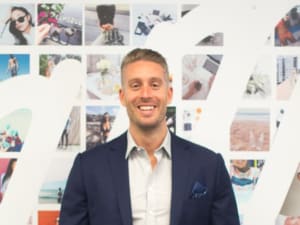 Instead of the blot on the influencer’s feed of cringe-worthy abbreviations which sound horribly like older advertisers trying to get down with the kids, influencers could soon be publishing their content to Instagram with a “paid parternship” notification at the top of each post.

Since the AANA released their new guidelines earlier this year, players with a hands off approach to the channel have been trying to enforce guidelines all the while trying to facilitate nonmeaningful relationships with brands and Influencers without fully understand both perspectives.

Confused about the best way to disclose payment, influencers have been including words like #spon and #ad in their sponsored posts in a shaky attempt to legitimise the partnership. For the sake of the advertising industry’s peace of mind, they have been sacrificing their authentic tone of voice - which their followers love them for.

As we expected, Facebook could have solved the ad problem with influencer sponsored posts for their 700 million monthly active users on Instagram. And in an ingeniously simple way.

Instagram’s creative programs director Charles Porch told TechCrunch: “People are building amazing businesses on Instagram all over the world, at all sorts of scale,” Porch said. And those users are “looking for ways to be super transparent with their followers when they have a partnership.”

The new “paid partnership” notification could not only quash the question of credibility but also directly connect the brand to the influencer. Brands would automatically be able to access the data around the post’s reach and engagement. All the influencer marketing stats join the Facebook dashboard alongside the rest of their advertising data.

The way we see it it’s a hugely positive progression for the industry with Facebook legitimising influencer marketing alongside all other forms of digital advertising. The latest stats shows that 84% of marketers judge Influencer Marketing to be effective and the market is expected to grow to $1.7 billion next year.* Everyone - brands, influencers and agencies - can expect the pace to pick up big time.

Partnership is such an apt word because it says it exactly how it is. When it’s done right, influencer marketing is all about genuine partnerships between brands and Influencers. At VAMP we make sure that our Influencers align authentically with the brands they partner with. When they love the brand it really shines through in the content.

It’s understandable that the advertising industry has taken a while to get used to the idea that influencer marketing is here to stay. It’s growing at such breakneck speed that it’s not surprising that some marketers got whiplash. It takes forwarding-thinking industry leaders like Instagram to point out the obvious solution to the problem.

Like we’ve always said, our Influencers’ followers aren’t put off by the fact that a post is paid for.

For influencers, being genuine and relatable comes hand-in-hand with creating original aweinspiring content. Their followers trust that that they would never partner with a brand that they did not already genuinely align with.

We can all stop wasting time worrying about.