How Amazon will change the Australian retail landscape in 2019 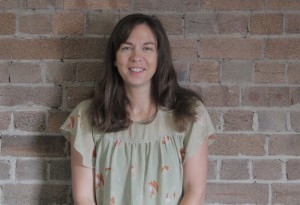 It’s a little over a year since the juggernaut that is Amazon opened it’s doors in Australia, but unlike in other countries, it’s perhaps a little premature to say the retail giant triumphed over its more established and traditional competitors. But with a year’s worth of insights behind them, it’s worth taking a moment to see what Amazon achieved and how Australia’s retail battles might play out in 2019.

Even with the backing of the US parent company’s billions, 2018 was a challenging year for Amazon with the Australian operation taking time to build operations in a new country. From the data available, it seems they are still some way off matching the 40c in every dollar spent online that their US sibling achieves.

According to a recent BigCommerce survey, eBay outperformed Amazon on online purchase volumes in Australia, while regulatory documents lodged by Amazon suggest a very modest $16m in sales for the first month of trading in Australia, compared with the more traditional, and seemingly more troubled, Myer, which had $360m in average sales over the Q4 months in 2017.

And then there was the international blockade to cease shipping to Australia from overseas Amazon sites, which didn’t help, especially when it comes to buying online, as the doors are meant to be always open, no matter what country you’re in. In July this decision  slowed their pace and consumer confidence.

But one area that helped land Amazon in Australia was the launch of Prime, their subscription delivery and TV streaming service at half the price of its US cousin. The service promised free two-day delivery, unlimited ebook access, and other perks. The company said its "Prime Day" subscriber sales event on July 16 and 17 led to the two biggest days of sales and highest days of traffic since its launch.

What to expect from Amazon in 2019

So if 2018 was a slow burn, 2019 is, unsurprisingly, likely to see Amazon growing at pace. From a retail perspective, Amazon Australia is now undercutting the dominant supermarket chains by as much as 50 per cent on household staples, quickly capturing a foothold in the market.

Amazon is also getting on board with local brands, has launched the online storefront The Local Fashion Store, which houses more than 150 Australian fashion brands. The new online store includes brands such as Lorna Jane, Finders Keepers, Cooper St, Tony Bianco, Sol Sana, Oroton and more. Amazon has now back flipped on its decision to cut off access to the US site and will now ship to Australia (for certain items) from the US.

But it’s not just the retailers who will be challenged by Amazon. They’re already at the forefront of voice technology, with their Alexa battling it out for supremacy with Google Home. Then there’s Amazon Web Services, plus much hype about the expansion of their AdTech offering. There’s even suggestions they could move into financial services products, much like Virgin did decades ago.

But in an age where perception matters, do Australians value the Amazon brand? After all, business like Starbucks could tell you it’s not as simple as replicating the tried and tested formula from the US in Australia.

Even as Amazon establishes itself in the country, it still feels as if its finding its feet. People are still working out the best way to make the most of their Prime membership and whether it’s worth breaking existing habits to sign up.

The latter will be key for competing brands in Australia. Amazon sets the bar in terms of price and convenience, if not range, so much depends on where their core competitors position themselves. Do price-led retailer’s such as K-Mart, JB Hi-Fi or Big W have the appetite to take on Amazon? No doubt these are conversations keeping strategists at these companies up at night.

With consulting firm Bain & Company predicting Amazon.com.au could become Australia’s sixth largest retailer by 2022, with sales between $8bn and $10bn and ahead of the likes of Harvey Norman, Target, David Jones, Myer, and K-Mart, it’s clear any brand who is competing with Amazon needs to look heavily at their omni-channel experience. In this regard, the power of the brand comes into play and can be the difference between winning customer hearts and minds with a seamless omni-channel experience, and taking on Amazon on price and convenience.

Amazon’s ripples already being felt across Australia’s retailers. Amazon may never have the flashiest website. But because their value proposition of ‘great range, delivered fast’ is so simple, it raises the bar for other Australian brands.

The winner in the short-term is Australian shoppers. Companies who lose parcels and orders, charge extortionate delivery fees, or have an unnecessarily complex purchase journey are all going to lose ground to Amazon.

This isn’t to do with price, it’s all about customer experience and adding value, both online and offline. For physical stores and malls, this means ramping up the destination and experience that you can’t get online – spas, play areas, free wifi and parking and even aircon are selling points. Whilst for ecommerce sites, it’s about working out the strength of your value proposition and brand, and ensuring your customer experience lives up to what you’re promising

Amazon in 2018 may have been a slow burn, but this is set to be the year that their Australian competitors need to be at the top of their game, from marketing, to brand positioning, to digital innovation, and through to great customer experience if they’re to defend or grow their market share in the face of the US giant.