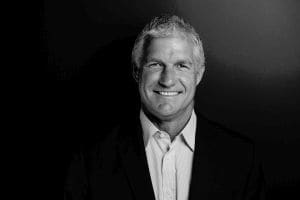 Coca-Cola’s global chief marketing officer just said some things about television and digital marketing that should have anyone deep in the faux social media marketing revolution scrambling for cover.

Call it serendipitous, but on the same day Facebook issued its third public mea culpa in two months over discrepancies in its reporting of audience metrics - a disclosure one senior US agency executive anonymously told AdAge was “freaking everyone out” - Coca-Cola’s global CMO served up lashings of overdue marketing reality about social media and digital marketing.

In what will seem an appalling aberration to many, Marco de Quinto declared that TV advertising for Coke was still the undisputable heavyweight for delivering the highest return-on-investment from advertising across any media channel - US$2.13 for every dollar spent on TV versus $1.26 for digital. He also opined that ads in social media were a very poor proxy for any digital marketing strategy.

Indeed, de Quinto's knockout punch to Facebook and it’s ilk – probably the strongest statement of sobriety yet about the social platforms from a global blue chip CMO – should have all brand marketers thinking hard and fast. But only if they can rid themselves of all the confirmation bias coming from their outside advisors and internal marketing teams who have sold themselves on a speculative future that has still to be proven rather than just espoused.

“Social media is for those who don’t have a true digital strategy,” de Quinto told a US beverage industry conference last week while declaring TV was still “very, very critical for our business”. Add Coke’s comments to Proctor & Gamble’s disclosure a few months back that hyper targeting and personalisation on Facebook didn’t work so it was returning to more mass targeting strategies (yes, mass targeting even on Facebook), are we finally seeing some commercial realism returning to the media and marketing arena?

There is no question that different combinations of media channels can and do work better together, but as Tess Alps, the delightfully straight-shooting chair of Thinkbox in the UK, said during her address to the Think TV marketing conference in Sydney two weeks ago, marketers should be advertising on YouTube and even Facebook but they should think long and hard about where those advertising budgets are being transferred from.

Those that think digital video advertising formats on Snapchat, Facebook, You Tube and the rest are a direct replacement for multiplatform TV advertising are incredibly misguided right now (and don’t believe anyone claiming young people don’t watch TV – it remains by far their single largest channel for time spent on sight, sound and motion). Tess Alps critical point is there are other media channels which might have audiences but they are not working anywhere near as strongly for advertisers as TV advertising so TV must be ring fenced and protected. For all its digital critics, TV remains the engine room for advertising effectiveness and commerce.

I’m convinced the industry needs a complete rewiring in how it understands and prioritises advertising effectiveness and therefore the investment weighting to some channels over others in the media mix.

In other words, all advertising impacts are not created equal, even today with all the proliferating distribution options confronting us. Sure, audiences might be fragmenting, but this diversifying of media consumption does not equate to like-for-like advertising impacts and business results for advertisers. Indeed we could be facing an existential breakdown of that long-held marketing rule that advertising dollars follow audiences.

There’s little logic and no commercial reality in running after audiences in channels where advertising is less powerful or effective. And there’s absolutely no commercial sense in funding these less effective advertising channels by diverting investment from those that are actually still working with immense power relative to the newcomers. It’s exactly the point made by Coca-Cola’s global CMO Marco de Quinto last week. How long will it take for Australia to catch-up?

By Anthony Fitzgerald, CEO at MCN