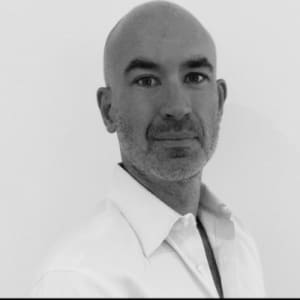 This world of ours - you know, the one we recognised as Earth prior to the US election – suffers a great scarcity of things. But there are two things we have in great over-abundance; people and data. Such a surplus we do have it’s difficult to know what we’re going to do with either. Yet every day, deliberately or not, we add more to the pile. In fact, we’ve got more of both than we’ve ever had before.

People and data have a few things in common: both need to be housed, both need security and both need to be put to meaningful work lest they sit around taking up space and wasting energy and capital.

They are also co-dependent. Each is needed to truly understand the other. People, through insight and research and analytical discipline, should be able to help us understand data. Data, in turn, should be able to help us understand people. And that matters, especially in media and advertising. Because people have never been more difficult to pigeon-hole and consequently never harder to engage with a compelling marketing story.

This is because technology, and the various access points it provides, coupled with a globally connected meta-culture rich in endless options of consumption and identity-building, offers immediate access to ideas and trends from anywhere on earth. Influences come from endless channels and sources, including from the individuals themselves.

Back in 2008 Wired writer Chris Anderson’s book ‘The Long Tail’ (an excellent and relevant read, even nine years later) examined how our economy and culture is shifting from mass markets to millions of niches and declared the ‘death of common culture’. And in this new world, old consumer definitions, locked into broad demographic considerations like ‘grocery buyer’ or ‘motor enthusiast’, are becoming redundant. They do little to help us understand people’s motivations and needs, and even less to help us understand when they are in market and why.

This is where the right alchemy of people and data can work its magic for brands if the formula is applied correctly.

Technology can be used as never before to read the signals left by consumers; whether directly related to a purchase or not, the world of digital data offers insight into the life events and stressors which drive action. When we couple these insights to human imagination and storytelling, the results can and should be creatively compelling and relevant to the audience. Right now, however, we seem solely focused on the former at the expense of the latter.

The great disruptive digital revolution we keep hearing about should have ushered in a golden era for our industry. Never has there been more information about what people want and why, nor the channels through which to reach them, let alone the creative pallet we are now afforded. Yet if there is one real victim of this data-led moment in time, it is creative itself.

Many of you will be familiar with John Hegarty, BBH co-founder's remarks at Cannes a few years ago when he noted - “We’ve lost the power and courage of creativity to drive our business forward....In our industry we’ve become obsessed with technology. In doing so, it has lost faith a little bit in the value of that big idea.” A sentiment borne out by an Economist survey of over 4,000 marketers that found that the majority thought creativity was a “legacy skill which is no longer a focus”.

A legacy skill? Seriously? Never has our industry needed its creative engine more. Digital media has become commoditised and the other channels are swiftly driving the same rutted road. At some point we decided that identifying the consumer is more important than the message we deliver to them. We made the call that this is the value of data and tech, rather than as an insights tool which can help us understand the things that matter to consumers and as a creative tool kit to capture and hold audience attention in ways that resonate. Data is the gateway to storytelling because it provides us with the information points that matter to our audience. But even as technology allows us to interact with people on a one to one level, it becomes useless if we are unable to make that story interesting.

In a landscape in which the consumer has the choice to ignore, block, avoid, or simply curate around advertising, getting the right message to the audience in the right way has never been more important. Data and people need to operate together to ensure that identifying audience and figuring out the best message through which to connect with them, rise together in close embrace.

Few of us got into the advertising industry to spend our days ogling numbers and charts and graphs. But this is simply the language of data. What matters is what that language tells us about humans. And where we bring humans and data together to make great creative advertising, everyone wins.

By Tyler Greer, head of strategy at Exponential