A father shares his experience of six month paternity leave 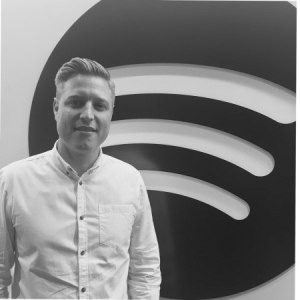 A couple of weeks ago a friend Sarah Wyse, founder of Wyse Women, asked me to pen some thoughts on why I decided to take six months, the impact that it had on my family and returning to work life, as it sadly still goes against current social norms.

Firstly, I would like to say I can appreciate I am in a very unique and extremely fortunate situation to work for Spotify. A company that is not only leading the charge in this space locally but also globally. Some parents, including myself, wouldn’t normally have the financial safety net to consider this (more information about Spotify’s parental leave policy can be found here).

When I was weighing everything up and deciding how much leave to take my father, who worked for the same company for 30+ years, was very concerned and asking questions like “Will your job be safe?”. A completely normal reaction from his generation.

As I ultimately work for a Swedish tech company I knew this policy was built into their DNA and was not only supported by management but encouraged. Keeping in mind Sweden has one of the most generous parental leave systems in the world. Parents are given 480 days of leave per child, and 420 of these days are paid at a rate of 80% of your salary. However, even with this level of support I still had some feelings of trepidation for the journey ahead.

Having the flexibility to decide if I wanted to take two, three or six months meant I could really look at what would have the greatest impact and support for my family. We are two Kiwi expats, with a three year old daughter, without a “village” and support of family nearby, so I ended up deciding to take the full six months.

Initially, I did have those feelings of, “How is my team going to survive without me” (they were fine), “Will we hit our numbers” (we hit our numbers), “How are things going to get done while I’m away?” (everything ran fine) but you soon realise you’re surrounded by amazingly talented people, who can not only handle the temporary change, but embrace it.

As luck would have it, I transitioned out of my role and handed the reins back to a colleague who was just returning from maternity leave herself – so the timing couldn’t have been more perfect but these were still concerns that I was nervous about before heading out the door.

As this was baby number two for my wife and I, I didn’t have the rose-tinted glasses that I would be joining an army of latte drinking mums and dads and relaxing by the beach everyday. It was quite the opposite and in hindsight. We probably choose to tick too many things off our life list but having the extended time together as a family meant we could share the load and support each other in a much more meaningful way.

Interestingly, I did receive just as many positive comments as loaded ones including "Enjoy your holiday”, “You’ll be back in two months as you’ll get bored” “Enjoy those golf lessons” etc. I think this largely comes back to society’s perspective of where fathers taking parental leave currently sits. My time off was far from a holiday or boring and spending 24/7 with my kids at times was exhausting but over time it helped build my general confidence as a parent.

Having the opportunity to bond with my newborn son George was amazing but also having the ability to help carry some of the load off my wife across the first critical and exhausting months. Often it wasn’t the big ticket items that you would expect helped her but more a combination of a lot of little things…like an extra hour lie in, in the morning after a rough night, a jumbo coffee bedside, an uninterrupted shower, or just getting my daughter breakfast and ready in the morning.

I already felt my daughter, Chloe, and I were quite close but having the time with her 24/7 and often being the parent that would take her out for some ‘fresh air’ really strengthened our bond and that of a broader family unit.

Don’t get me wrong, it wasn’t all roses and there were days I craved the normality and mental challenges of work and I can now understand why stay at home parents feel isolated and crave ‘adult’ conversations but I wouldn’t change my decision for the world. Another thing that was made very clear for me was my new found appreciation and respect for my wife, other mums and returning parents in general. Parenting is a tough gig.

Also, having the perspective of two weeks paid parental leave with my daughter Chloe and six months with George, I could see the amount of stress/worry it took away from me personally and more broadly my family. I can still remember three years ago looking at the clock most afternoons as it approached 5:30pm and worrying what time I could leave to get home and help my wife and newborn. To be given the time upfront I think often you feel less guilt about having to work or stay back late, or go to the client/work function as you know your family already has strong foundations in place.

There is still an arbitrary notion of primary and secondary caregivers, whereas in a perfect world you would hope society would just look at it as parenting. When I speak to my experience, often people in senior management at other companies make comments about the cost and disruption to the business but the flip side is Spotify is investing in its employees and I will ensure they get their ROI tenfold.

I will be forever grateful for the opportunity and it is a time that I hold and remember dearly.