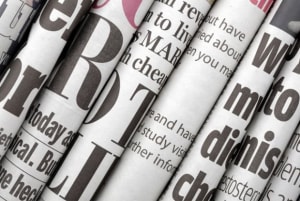 Australia’s media agency market is reporting a 6.8% decline in advertising expenditure in April 2017 to $501.9 million, with newspapers taking the biggest hit.

According to preliminary figures from Standard Media Index (SMI), newspapers saw ad spend drop by 26.3% in April compared to the same period in 2016.

The dramatic drop in revenue is a major driver of the cost-cutting initiatives currently underway at News Corp and Fairfax, with Fairfax recently axing 125 jobs from its editorial team.

TV saw a smaller 6.6% fall year-on-year, with digital also dropping 9%, however data from the sector is usually revised later.

Outdoor and radio both recorded 5.5% rises and cinema advertising climbed an impressive 32.9%.

Agency demand in April 2017 was dented by the Easter holidays, as well as a large decline in the government category ad spend from last year’s Federal Election.

SMI AU/NZ MD Jane Schulze says it was inevitable the market would fall in April 2017 given there was no Easter period in April 2016.

"Timing issues are hugely significant when comparing like-for-like data, and the occurrence of Easter is always a key issue,’’ she said.

"However, SMI’s longer-term data shows the market remains very stable, with ad spend over the calendar year essentially flat, at -0.6%, and actually higher over the financial year-to-date period. Indeed, in that eight month period the ad market is at a record high, up 0.4%.’’

SMI covers advertising spend by media agencies on behalf of their clients, but does not include direct advertisers.