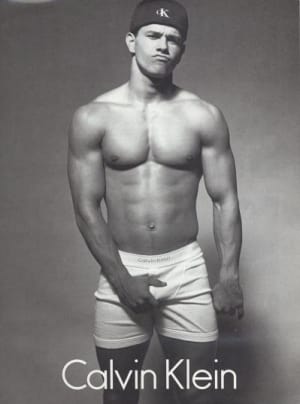 Welcome to 2017: Where brands can no longer vilify men in advertising

Husbands can no longer be “degraded” or “vilified” in advertising, according to the latest ruling by the advertising watchdog.

In a case against a radio spot from Allpest, the Advertising Standards Bureau (ASB) said the ad discriminated against husbands on the basis of gender and therefore the complaint was upheld, setting a precedent for future advertisers.

The ad featured a customer calling Allpest and asking several questions regarding the type of pests they get rid of, including asking “what about my husband?” A voiceover states that Allpest don’t ‘do husbands’ but they do get rid of almost any other type of pest.

The complaint made about the spot says: “Gender stereotyping where the caller asks this company (presumably) if they 'do husbands'. Would it be any more or less acceptable if the caller asked this company it ‘they did wives’ as opposed to husbands. I suspect it most certainly would not be.”

In the board’s response, it acknowledged it had ruled ads that vilified husbands in the past as okay, however it will no longer accept this type of humour.

“The board noted that it had previously dismissed similar advertisements from this advertiser in 2005 and 2010, however the majority of the board felt that community standards in this area have changed, and that this style of humour was no longer acceptable,” the board said.

“The majority of the board felt that this advertisement did discriminate against and vilify husbands on the basis of gender.

“The board considered that the advertisement did portray or depict material in a way which discriminates against or vilifies a person or section of the community on account of sexual preference or nationality.”

Previously, the ASB has cleared ads that could be seen as offensive to men, including a Maltesers ad that implicated the men as homosexuals and an ad featuring Hamish Blake’s bottom.

The ads being cleared showed a double standard in Australian advertising, as many ads that ridiculed women were upheld, including the infamous Ashley Madison spot and a poster that said “shoot your wife”.

The board had noted that as it upheld the ad from Ashley Madison, which remains one of the most complained about campaigns ever, then it should hold Allpest to the same standards.

However under the new rules, these ads may be deemed inappropriate by the ASB and it could impact the role of men in future advertising.

Allpest said it was disappointed by the ruling and while are removing the ads, the company said it is “extremely confident” that if an Independent Review was conducted it would find the decision to be reversed.