UM’s Colour your Summer cleans up, but misses out on MFA Grand Prix to Mindshare 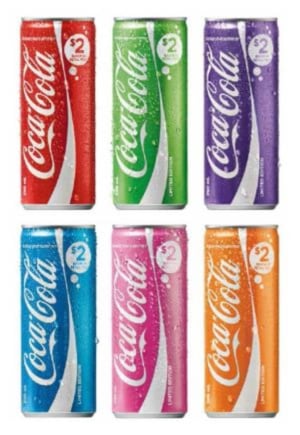 UM’s Colour Your Summer campaign for Coca-Cola took home three awards at the MFA Awards. It was the most awarded work, but missed out on the Grand Prix.

The Grand Prix went to Mindshare for its #laceitup small budget campaign for charity venture Youth Off The Streets. The agency also won three other awards. The campaign, which also won in the small budget category for work under $300,000, blew judges away and gave them “goosebumps”, showing that even with a small budget, a campaign can have real impact and deliver results.

UM's campaign for Coke, which made waves last year when it replaced the iconic red cans with five coloured cans as a way to connect with teens, won Best Demonstration Of Results, Best Media Innovation, and took out the beverages category. Judges were impressed by the bravery of the campaign, which stepped away from Coca-Cola’s traditional summer TV ad burst. UM also won in the NGEN category.

The campaign had been shortlisted for five gongs. It was described as “ground-breaking work” which delivered “powerful” results.

The work impressed judges with the way it “took real risks, and yet was so simple” and “transcended the challenging landscape”.

MCN took out the award for Media Owner of the Year while Henry Tajer, global CEO of IPG Mediabrands and former chairman of the Australian business, was recognised in the Hall of Fame.

Meat and Livestock Australia was named as the Marketing Team of the Year, following its success at the Effies where it was named the inaugural Advertiser of the Year. You can read a profile interview with MLA’s lead marketer, Andrew Howie, in the next issue of AdNews (30 October).

The full list of winners is below, and you can also find the full run-down of the winning campaigns, their results and what the judges thought, in the 32 page lift-out in the centre of the October 16 issue of AdNews in print.

#laceitup, Mindshare, Youth Off The Streets

Best Use Of Data

Media Owner Of The Year

Marketing Team Of The Year

#laceitup Mindshare Youth Off The Streets