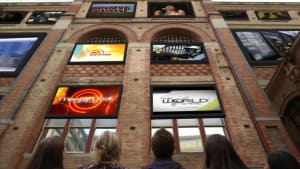 Freeview will launch a mobile app that aggregates all free-to-air live streaming and catch up content - the first time a nation's TV industry has collaborated to produce such a product.

“This extends the FreeviewPlus on television onto mobile and the experience of viewers is they'll be able to stream live TV content and be able to watch catch up content," Ross says.

“Strategically, the whole mission of Freeview and why networks invest in it is to maintain the dominance of the platform and to expand it across new devices. We're delivering a service that will be anywhere, anytime and on any device."

Ross says if TV networks operated alone, it could allow other products to "divide and conquer".

"A user might download a competitor's streaming product with a lot of choice and breadth of content," she adds. "So with FreeviewPlus on mobile, they're going to be able to see all of the live streams at once and the on-demand will be searchable."

Subscription numbers of major SVOD rival Netflix remain a mystery, but are thought to number well over 1 million, according to Roy Morgan figures. Stan recently announced a new content deal with Showtime and a growing number of new SVOD players, such as Amazon Prime, Disney and Hayu, are planning to enter the market

Although Ross says the mobile app is not a reaction to growing competition, it is clear that focusing on consumer flexibility and choice is becoming increasingly important in the digital age.

“Freeview was ready for this new chapter of innovation and Clive put his hand up [top become chair]. The board were very supportive of Clive given his background of digital in television and radio. [Digital] is a focus for all of the networks and they are all innovating very quickly,” Ross adds.

In a separate development, SBS has returned to Freeview as a member.