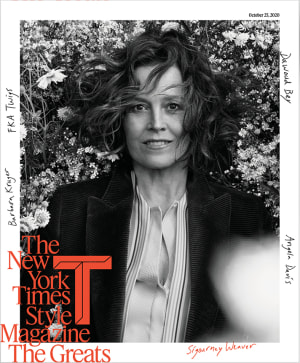 Through a licensing agreement with The New York Times Licensing Group, T Australia will feature exclusive content, video and the latest news in creative culture and style. It will also include coverage, photographs and commentary from the flagship T magazine.

Australian journalist Katarina Kroslakova, who has previously worked as editor of the Australian Financial Review’s Life & Leisure and Luxury magazines, will publish and edit the new publication.

“The New York Times has a significant digital readership in Australia, so it makes sense to serve this influential audience content that’s even more relevant to them – with local authority and global context,” Kroslakova says.

“This year has been extraordinarily challenging for the media landscape in Australia, and for magazines in particular. Like many, I miss the magazines that have gone. The impacts of COVID-19 have made us love magazines even more, with subscription rates going through the roof. People want their favourite magazines – and some new ones.”

The magazine will be available for $14.95 an issue at newsagents and through subscriptions with advertising for T Australia to be sold through Publisher’s Internationale.

The launch of the fashion magazine comes months after Australia lost a list of key publications. In July, Bauer Media, now known as Are Media, announced it would shut eight print magazines including Harper’s Bazaar, Elle, NW and OK!, citing the impact of COVID-19 on the advertising market.

“With the current gap in the market, I feel the time is right to introduce a new magazine to Australia – and I can’t think of a more prestigious brand than The New York Times,” Kroslakova says.

“I am so thrilled to be collaborating with them. I came to Australia from Czechoslovakia when I was eight years old and I didn’t speak a word of English. Now I have the honour of publishing a magazine for this global icon; it’s something that I couldn’t have ever imagined.”