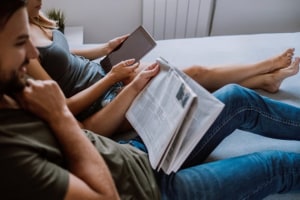 Small news publishers across Australia have united to negotiate collectively with Google and Facebook to secure commercial agreements with the tech giants for the supply of their news content.

Only small to medium publishers who produce public-interest journalism and turn over less than $10 million per year are included in the collective bargaining action.

"With Google and Facebook taking the Lion share of all advertising revenue to the tune of well over 5 billion dollars, the Morrison Government initiative has served the larger news outlets well,” says Richard Bakker, publisher at Q News.

The collective is made possible under new rules introduced by the Australian Competition and Consumer Commission (ACCC) in June allowing small and medium businesses to form a collective bargaining group without going through an application process.

The group is working with Frontier Technology, an initiative of Andrew Forrest’s Minderoo Foundation, which will lodge the Collective Bargaining Class Exemption with the ACCC, which will allow eligible small news publishers to collectively bargain without breaching competition laws.

"The Morrison government’s deal with Google and Facebook delivered big money to Big Media such as News Corp, Nine, Seven, the ABC and The Guardian,” says Giles Parkinson, founder and editor at Renew Economy.

“But most independent publishers have been left out in the cold. Their ability to compete with Big Media is now at risk, but Australia needs independent media voices and scrutiny now more than ever in this age of creeping Stenographer Journalism.We support the call for the Morrison government to designate Google and Facebook under the Media Bargaining Code. Australia’s media landscape, and our democracy, needs our independent voices."