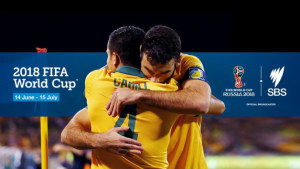 SBS' television coverage of the 2018 FIFA World Cup reached a total of 9.1 million Australians across its 57 live matches and support analysis programs on both the main channel and Viceland.

The most popular game was the Socceroos opener against France, which saw the Socceroos defeated by the eventual tournament champions 2-1, which a national peak of reached 3.4 million, with an average of 2.2 million viewers.

The broadcaster on-demand service drew in 3.6 million total streams, with the most popular match being the 1-1 draw between Australia and Denmark, with 280,000 streams.

“The FIFA World Cup is a wonderful example of the inclusive ability of sport to unite diverse communities and we’re thrilled that so many Australians tuned in to SBS’s trusted coverage of the 2018 tournament in Russia," SBS CEO Michael Ebeid says.

“The past four weeks have truly showcased SBS as Australia’s spiritual home of football and we are proud to have brought Australians the most comprehensive multiplatform coverage of any sporting event we’ve delivered to date across television, radio and digital platforms.”

It was revealed earlier this week, Ebeid has decided to step down from his role after more than seven years with the broadcaster.

SBS has also revealed that it will be airing games from the English Premier League, commencing 11 August.

Hosted by The World Game’s Lucy Zelić, SBS’s exclusive free-to-air Premier League coverage will include one match per week