Richard Branson: Best businesses are born out of frustration 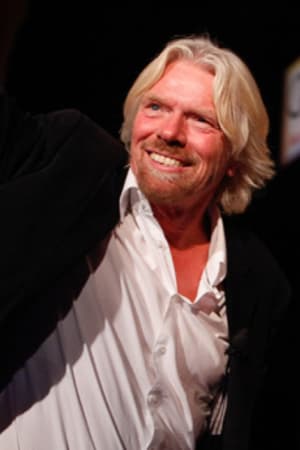 Richard Branson was in Sydney at the World Business Forum this week talking about risk, leadership and ribbing the competition. Here’s a few old-school lessons from Branson on building brands and business.

Richard Branson is arguably one of the greatest brand builders of all time. The Virgin brand began as a magazine and built into a far reaching and globally recognised brand with an airline, telco, a record label, a chain of fitness gyms, music festivals, and reaching into space with Virgin Galactic which aims to be the first consumer space travel operator. At times it was a brand of cola, and Branson also has a number of humanitarian and philanthropic ventures.

Branson talked about his life, his successes but also his failures and how a leader should behave. The session touched on themes and topics that Branson has no doubt spoken on numerous times in the past, but there’s always a lesson to be learned from a billionaire who is happy to admit that until he was in his 50s, he wasn’t really sure what the difference between gross and net profit were (if you can believe that); or who will hang suspended 100 metres from a helicopter over the Sydney Harbour Bridge as part of a stunt to launch a mobile phone network, or revel in a rival’s misfortune with a huge airship daubed with a joke about erectile dysfunction.

That last one was to stick the boot in to rival airline British Airways, which was the corporate partner of the London Eye when it launched in the UK. The big wheel encountered some ethical problems on day one and engineers struggled to get it upright. Upon hearing this, Branson’s team decided that the best course of action to take advantage of the situation was a little light mockery crowing “BA can’t get it up”.

“Sometimes you just need to take the mickey out of your competition,” he joked proving that there's always time to have a little bit of fun in business.

Branson talked of how the genesis of most of Virgin’s diversified businesses was that they are “born out of frustration” that the existing players aren’t doing a good enough job.

“It’s important that you know instinctively that you can do it better [ than someone else can]. If you come up with an idea that will have positive impact, the figures [dollars] will follow. It’s very rare that special things go bust, sometimes they do, but it’s rare.”

While Branson’s many successes are high profile and well documented, so too are the failures. Most recently, the crash of Virgin Galactic’s SpaceShipTwo and the death of the test pilot were a devastating blow but he is pragmatic about how to deal with setbacks.

“You just have to [deal with it]. Everyone knew the risks they were taking … there are things you just can’t test on the ground; you have to test in the air. I went to the Mojave desert site to be with the engineers and inventors there. If there’s an incident a leader has to be there. It was tough but you hold yourself together. I went to the memorials and then we moved forward,” he said.

Closer to the ground, Virgin is eyeing up the cruise ship industry as its next category in which to make waves, with Branson saying current cruise offerings are “thoroughly unexciting”, claiming that Virgin’s cruises will be “red of course” and super fun. It is also moving into the hotel business and recently opened one up in Chicago.

Branson had a few hard learned lessons to impart to the crowd: