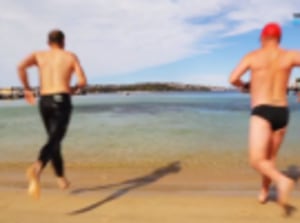 Publicis Groupe clawed its way back to organic revenue growth, reporting a 0.1% rise in the second quarter despite a trend of fee reduction on traditional advertising.

“This growth is healthy and built on solid foundations,” says Arthur Sadoun, chairman and CEO.

The company had anticipated the return to positive territory following strong new business wins. The rise compared to a 1.6% fall in the first three months of the financial year.

Net revenue for the first six months of the year was EUR4.352 billion. Headline earnings per share were up 2.5% to EUR1.98.

Overall organic revenue was down 0.7% for the six months despite an improvement on the second quarter.

Organic growth by geography in the second quarter:

Australia was listed, in a results presentation, alongside a string of countries with negative growth rates for the six months to June. These included Brazil, Germany, Greater China, Indonesia, Japan, Spain, and the US.

Sadoun says progress has been slowed by the ongoing fee reduction on traditional advertising.

“Our clients are suffering from various pressures leading to budget cuts and fee reductions in sectors where we have a disproportionate share of market,” he says.

This is mainly in the US operations, dragging by about 3% in the quarter.

“We have taken a major organisational step by accelerating the implementation of our country-model which helps generating growth through cross fertilization,” he says.

The numbers from Publicis: