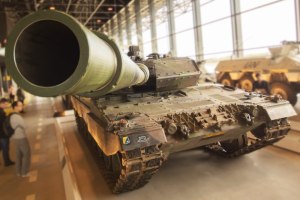 Facing a tough election in October, Palaszczuk is coming under huge pressure to open the state’s borders, so visitors in search of winter sun can start to get the tourist industry back on its feet.

She’s in the sights not just of the federal government, with Peter Dutton (“a proud Queenslander”) leading the charge, but of NSW premier Gladys Berejiklian as well.

Palaszczuk so far is holding firm, saying she’ll follow the advice of her chief health officer, Jeannette Young. The border closure will be reviewed monthly; it could stay shut until September, and Young says possibly even longer. It depends on the number of active cases in NSW and Victoria, which have far more than Queensland.

It might be Queensland first opens up to South Australia and the Northern Territory before re-opening the border with NSW.

In political terms, Palaszczuk is on risky ground whatever she does.

Depriving the state’s economy of much-needed dollars will give ammunition to her opponents. On the other hand, if an open border led to a serious outbreak in a tourist centre, forcing fresh shut downs, she’d carry the blame.

It’s a dilemma to which there is no “correct” answer.

So far, Palaszczuk has voters’ support in how she’s handled the pandemic (although her government’s rating is lower than those of other state governments.)

In the Essential poll published this week, 66% of Queenslanders answered good or very good when asked “how would you rate your state government’s response to the Covid-19 outbreak?” In WA 86% rated the McGowan government’s performance positively. (The federal government received a tick from 73%.)

But voters are fickle, and opinions can change quickly.

We saw this over kids being in school. At first many parents insisted their children must stay home; after a few weeks they were pressing for schools to take them back.

The schools debate produced fault lines in the national cabinet, and now the row over borders is doing the same. That useful body remains intact, but this creates tensions, even though border policies are the decisions of individual states, not the collective.

The conflict might also be something of a reality check on the idea the national cabinet would enable a harmonious road to future economic reform.

A notable feature of the COVID federalism model is that under the national cabinet umbrella, line ups vary according to the issue.

Victoria (Labor) and NSW (Coalition) were the loudest in urging early heavy restrictions, including in relation to schools.

The Morrison government, with its eye on economics, instinctively preferred a lighter hand; it needed a shove to go further. Where it couldn’t be moved and the states had the power, they went their own ways.

The border issue sees another cross-party grouping. The Labor jurisdictions of Queensland, Western Australia and the Northern Territory, and the Liberal states of South Australia and Tasmania all have their borders closed.

NSW and Victoria have never gone down this path.

In the crossfire, McGowan has accused Berejiklian of bullying tactics, and hit where it hurts. “New South Wales had the Ruby Princess … And they are trying to give us advice on our borders, seriously?” he said this week. Palaszczuk said: “We are not going to be lectured to by a state that has the highest number of cases in Australia”.

As notable as the fracture among governments, is the very public division between the health experts.

We saw this on schools, where Victorian chief health officer Brett Sutton took a much more conservative position than others.

While Young and WA chief health officer Andrew Robertson were adamant this week on keeping their respective borders shut for the time being, federal deputy chief medical officer Paul Kelly said “from a medical point of view, I can’t see why the borders are still closed”. (McGowan had earlier said: “I don’t know who Paul Kelly is - clearly not the singer”.)

Kelly said neither the national cabinet nor the Australian Health Protection Principal Committee (that advises it) had made decisions or given advice on state borders. Decisions on what to do were entirely up to the states.

Both Young and Robertson are on the AHPPC, which is described as a “consensus body”. “We talked through these matters and we decided not to have a position on borders,” Kelly explained.

While it has been welcome in this crisis to see the politicians turning to the experts, we are now being sharply reminded experts can differ. How often have we heard from politicians in recent weeks, “We are relying on the medical advice.” But that doesn’t always lead in one direction, and “consensus” can be a useful concealer.

As the border argument intensifies the question of whether the closures are constitutional, canvassed early on in the crisis, has come back.

One Nation’s Pauline Hanson has accused Palaszczuk of “running roughshod over the constitution”, appealed for anyone affected who might want to mount a challenge to come forward, and said “I have a pro-bono, constitutional lawyer who will represent you in a High Court challenge under Section 92”.

Section 92 provides for “trade, commerce, and intercourse among the states” to be “absolutely free”.

No one could be sure how, if there were a case, the High Court would rule. The Court in the past has recognised public health circumstances can justify measures that otherwise would breach section 92. But would special circumstances still apply when the virus threat had apparently receded?

Attorney-General Christian Porter has dodged on whether the border closure could be unconstitutional.

Porter, a Western Australian, has been measured on the issue itself. “These aren’t easy decisions for state premiers to make but there’s a health imperative, there’s an economic imperative and there are strict constitutional rules around what is permissible and impermissible”, he told a news conference on Thursday.

Porter no doubt has in mind the thread of isolationism traditionally running through his state’s thinking, and of the polling showing enormous support for the McGowan government’s COVID management.

The day before, Porter noted “that the federal government’s position, on a whole range of issues, is to be forward leaning and develop workarounds to get our economy moving again”.

Indeed. We can expect the Morrison government’s “forward leaning” will only increase in coming weeks, with its desperation to boost economic activity. Meanwhile, premiers might need their chill pills before they meet, virtually, at national cabinet next week.