Media agencies on the chilling May ad spend slide 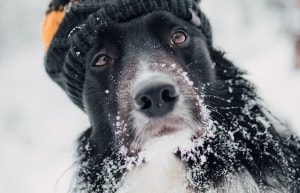 The ad spend market has suddenly cooled, despite the frenzied cross channel media chest beating of a federal election, but media agencies see a strong market ahead for the second half of the year.

May came in with negative ad spend, down 0.9% to $730 million, according to SMI (Standard Media Index).

On closer inspection, the fall was against a record May of 2021 and ad spend was still above the last federal election in May 2019.

And the aggregated media agency numbers, which broke a run of 16 months in a row of increases, exclude direct spend by Clive Palmer’s UAP.

But if political ad spend was excluded, the month would look naked, exposed to a chilling economic climate.

Is this a start of a trend or is it just temporary nerves, a reaction to bad economic news -- surging inflation, rising bank interest rates and expensive petrol?

Natasha Pelly, media analytics director, PMX: "With consumer confidence at its lowest level since the height of the pandemic and some economists predicting a 50% chance of a recession next year, it would be quite natural to read these latest SMI results as a harbinger of things to come.

“Yes, the market has softened a little, but I believe advertisers have learned from the pandemic and subsequent recession in 2020 and will be far less quick or keen to pull ad spend out of the market after they have invested so much in rebuilding brand salience and awareness in the past year or so.

“SMI’s May results still have digital and radio ad spend up year on year, with cinema recovering very strongly. The current global economic situation may pose significant challenges to the industry, but I’m far from convinced that an advertising recession is on the cards."

Pia Coyle, managing partner Avenue C: “May saw slightly less demand than in recent election months, as clients were making contingencies – either buying more video or other channels to avoid the spike in TV demand or pushing spend out a month to capitalise on clear space.

“We are seeing a softening of demand more broadly, with no real issues in getting good quality inventory for our clients.

“TV audiences are proving a challenge, with big declines YOY, making it hard to navigate for clients and agencies. There is pressure on the few key time slots that are efficient and also deliver decent audiences.

“Coming into Q4 we expect demand to heat up, but for now, the market has definitely cooled down.

“Expect demand for video to increase as it provides a cost effective reach build beyond TV audience declines, and clients see the growth in that channels consumption is creating a viable video alternative ongoing.”

Paul Wilkinson, head of commercial, Half Dome: “Election months always create a dilemma for advertisers: Do we stay or do we move?  It’s a judgement call and I have seen both scenarios play out.

“This time around it appears the general consensus was to move, which we can see from the softer May market - outside of political messaging - and the June forward bookings.

“Given June 2021 was a record month, and we can already see 83% of this confirmed in 2022 excluding digital bookings, it’s really quite encouraging for the market moving forwards – especially when you also consider interest rates increasing and an imminent recession.

“I do believe though that the real test comes across H2 but I remain confident that the market will remain strong.

“Looking at individual channels, it’s not a great surprise to see spends in TV starting to come back given the significant inflation levels we are witnessing, driven largely by a reduction in average viewing (P25-54 is down 12% across Jan – Jun 2022).

“I do find it interesting that RTV showed significant growth in May – no doubt a strategic decision on the part of the political parties.

“It’s also logical that agencies and advertisers are seeking refuge in more cost efficient channels such as digital, audio and outdoor – a trend that I very much see as continuing throughout the remainder of the year.”

Simon Reid, national head of partnerships, Initiative: “Caution sure is entering the market. May 2022 is slightly back YOY which is still a mighty result given May 2021 was a record month, so on the surface we are in great shape.

“However, May this year we had an election / political party spending and by removing that spend, the ad market was in fact back -9% for May YOY.

“Now, we know many advertisers have shifted their activity to June to avoid the perceived election clutter based on market chat and SMI forward pacing.

“Calendar year to date market spend may be up YOY +8%, so you could almost be forgiven for assuming the current trajectory will continue.

“However, we are seeing consumer confidence levels drop significantly locally off the back of rising interest rates which will impact consumer spending in the short term, we have a cooling real estate market, we have rapidly rising costs of living due to global supply chain issues and we have low wage increases which means consumers will tighten the belt.

“The market is beginning to soften that’s for sure and some channels will feel it more than others in the short term.

“You can feel the scramble in market to lock down volume now. I don’t think that the market is about to turn for the long term, but it will soften across Q3 then kick back into gear leading into Q4. By years end, we will still net out up YOY, we are just going through a short period of nervousness.”

Sam Buchanan, CEO, IMAA: “Despite some uncertain economic headwinds, IMAA members are extremely optimistic and forecasting ad expenditure to grow between 10% and 30%.

“Among media channels, our members say growth will come from BVOD/CTV, digital video and digital out-of-home, despite video and outdoor spend back in the SMI May data. It will be interesting to watch how the market settles now the surge in election and Government spending is all but over.”

Rob Shaw, director at Adholics: "It's encouraging to see an increase in total ad spend across H1 '22, especially after a bumper 2021.

“Despite significant international and local uncertainty, we've had little indication that client spend is expected to drop in H2.

“With that said, we can't ignore the fact consumer confidence is on a continued trajectory downward, despite record breaking consumer spend. With all that's going on in the world, I'd imagine it's only a matter of time before we see consumers and advertisers begin to tighten the purse strings once again."

Dean Coates, business manager at Adholics: "We noticed that retail spend for May was modest but is something we expect to grow in June’s data thanks to EOFY related campaigns.

“We are expecting to see this continue into July. Even though inflation is now a big talking point, we are confident that the numbers will reflect consumers’ savings accounts as many have been unable to spend on assets like new cars, given supply chain issues, and overseas holidays, given travel restrictions.

“It’s also positive to see other media channels bounding back. Cinema is back on advertisers’ radars again and there are other platforms that have been dormant for the past two years that are now seeing a resurgence. Bring on the new financial year!"

Sue Cant, AFFINITY: “May was obviously dominated by election/government sending with other categories pulling out from May and redistributing spends into June, and not many surprises or major call outs from a media channel perspective.

“Let’s not forget May 2021 was the largest ever May on record, so it’s hard to truly compare apples with apples here! And we should be mindful that although overall May '22 spends are slightly lower YOY, it is still a stronger picture than the last major election period of May '19 which is the truer comparison.

“Whilst spend is back from Apr '22, I’d imagine there is still lots of high-fiving going on with our friends at Val Morgan, rightly so looking at the cinema data; +61%. Testament again to finally being able to release some of those films we all knew would be box office hits but were delayed over the last two years. I for one contributed to the Jurassic and Top Gun admission numbers; and given the relentless rain in NSW currently, I can only imagine this rise will have continued when we get to see June and July data too!

“It’s not surprising that from a category perspective, auto is still suffering as they try to get back on an even footing post supply issues.

“Interesting to see SMI making the move to separate the financial services category by product type, and to now include new fintech companies giving us a much more accurate view of this category finally.”