Mat Baxter on the measurement crisis and riding consultancy coat-tails 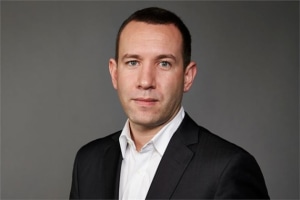 Interestingly, consultancies were the only group to grow their presence at Cannes Lions as agencies and ad tech players retrenched.

As a result, the threat of consultancies was a hot topic at the festival of creativity, with the usual naysayers swearing off their potential to be creative and others declaring their entrance the death of the agency model.

But Initiative global CEO Mat Baxter doesn’t believe consultancies are a force for evil, instead he recognises their potential positive impact on pricing and performance.

“The best thing that consultancies will do is they will recalibrate the pricing base for agencies. They will force a pricing recalibration because they're not going to accept McDonald's prices for media type services,” Baxter said, speaking to AdNews at Cannes Lions.

“They will drive a lift of pricing and that's going to help all of us. It's going to allow us to have something that we don't really even deserve as an industry, which is a second bite of the apple to get pricing right.”

Baxter is confident they will help drive the important conversation around measurement – a topic he’s been outspoken about in the past and one he sees as a huge shortcoming for media agencies.

“We've screwed ourselves over on pricing for so long - and this is another reason why I think the measurement thing is so important,” he said.

“It's very difficult to argue the value for media services with a procurement person when you can't demonstrate media's direct causational effect on business outcomes. It's almost impossible.”

He believes better measurement has the ability to reframe the conversation away from driving down cost to adding value.

Hitting out at vanity metrics like reach, impressions and clicks, Baxter called for the industry to evolve its measurement standards to focus on growth – something agencies could learn from consultancies.

“I can guarantee you a management consultancy is not going to go in a room and start talking about reach,” he said.

“These metrics were created at a time when you couldn't link advertising to sales. The data wasn't there, or the system and technical capability were not there.

“We used these soft metrics when we couldn't attribute to sales. Now we can, so there's a real argument to say, well, in a world where we can, we should and why aren't we if we're not doing it? And we should be trying, as much as possible, to reduce or ideally completely remove the old-world measures that mean nothing.”

He believes the future of the industry is guaranteed only by making agencies more accountable to hard measures directly related to sales – anything less “is a problem”.

He said the metric of reach has become “distracting to clients” because it’s not always an accurate measure.

“It boggles me that we're still not there yet and that we're not moving faster towards it.

“I'm hoping that the new entrants that are coming into the market that are much more driven by growth and hard outcomes, are going to. A rising tide lifts all boats, so to speak, so we're all going to get more focused on making ourselves accountable for delivery.”

As highlighted in AdNews’ recent cover feature, which addressed how holding groups are pivoting to compete with consultancies, Omnicom, WPP, Publicis, Dentsu and even IPG are fighting back with their own consultancy-like offerings.

But Baxter doesn’t believe agencies can beat consultants at their own game.

“If you try to out consult PwC, I guarantee you you're going to lose,” he said.

“Agencies need to be comfortable in the skin that they're in and lean into the strengths that they have. We are largely a creatively driven industry with a creative streak in our DNA that is unique to us and is defendable.

“As they stand today, the one thing that we've got that they don't have is that inherent kind of muscle memory of creativity and that culture of creativity that they so desperately would like.

He encouraged agencies to lean into their strengths and build on them rather than try to play catch up.

Echoing the sentiments of Sir John Hegarty, Baxter said agencies have become too caught up in the data and aren’t placing enough focus on the creativity, which has the potential to set them apart from consultant players.

“Media agencies have gone so far into data and science and tech, they've forgotten they’re still in the creative space,” he said, adding that data plays an important role, but you only have to look at the winners of Cannes Lions to see ideas win out every time

“Don't give all of that up because that's something that these other new entrants that consultants can't do as well as we can do, so let's embrace that and run at that more aggressively."

Last week, Baxter shared his thoughts on Cannes Lions – read more here – and you should subscribe to our newsletter because next week he reveals how the global Initiative business is tracking since he took the helm two years ago.