Mamamia scales back US operations 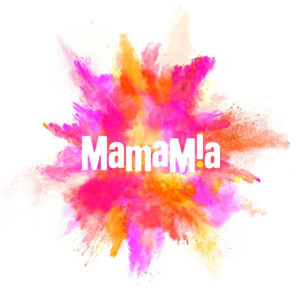 Mamamia is scaling back its US operation two years after launching the online women’s network there under the brand Spring St.

There have been a number of redundancies as a result, leaving a team of four operating in the US. The New York-based staff are all content producers, with the decision that all commercial, sales and strategy functions will be handled by the Australian head office.

AdNews understands that it was unable to support the larger team in the face of a soft advertising market and competitive media space.

The site, which uses the tagline 'The Happy Place for Smart Women', is still live, and while it is producing content from the US, a large chunk of it is content re-purposed from the Australian team that is relevant to both audiences.

A Mamamia spokesperson tells AdNews the media company is still committed to its US business.

"As we continue to grow and evolve our business, Mamamia Women's Network (MWN) has been able to identify overlap between our Australian and US operations that will make both entities more efficient and nimble. Identifying these efficiencies has led to a reduction in the number of staff required in the US. The US bureau of MWN remains fully operational, as does our global outlook.

"Spring St continues to publish daily under the stewardship of the NY based editor and US bureau as we develop cross market content offerings and maintain the most sensible and efficient content production schedule across our properties and time zones."

In July 2015 it appointed New York-based Sarah Bryden-Brown as publisher and editor-in-chief, to lead the launch. She exited the business a year later and it is now headed up by Jennifer Owens who has been Spring St editor since December 2016.

When Mamamia revealed it planned to export the brand overseas in 2015, Freedman described Bryden-Brown, whose background is in newspapers and digital content, as the “perfect person” to spearhead the US expansion.

At the time of taking on the post, Bryden-Brown told AdNews: “If there's anyone who knows what's next it's Mia, and I'm looking forward to introducing the US market to what's ahead.”

In December 2016 it was reported in The Australian that KPMG has been appointed to sell the female-focused publisher.
At the time Mamamia denied that it was for sale, confirming to AdNews it was instead seeking investors to fund “aggressive growth” in the Australian and international market.