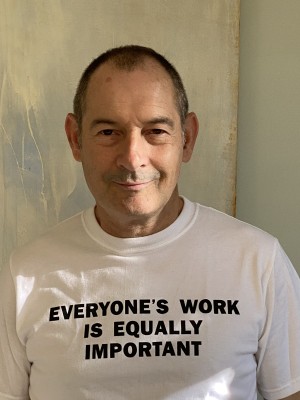 I recall being at a dinner party in the relatively early days of the web. It was me, the ‘digital’ guy, and a big important person from a digital company, with a group of agency CEOs.

The guy from the digital company said, “Well, we're going to move on from this ‘display’ thing before too long. It's going to be video all the way. The internet will look a lot like television.”

All the people in the room sat back in their chairs with a sigh of relief thinking, “Thank God. It’s going to be like television – we understand how that works.”

And online video has certainly gone on to become a major part of the digital ecosystem – according to eMarketer, US upfront digital video ad spending will increase by 11.0% this year to $4.65 billion. However, display advertising hasn’t gone anywhere.

There’s a lesson to be learned here in the ongoing debate about the cookie apocalypse. Anyone who thinks cookies and data-driven marketing will be replaced by a return to the context-driven market is deluding themselves.

Context is and will continue to be important but context plus data is the way this game will be won or lost.

It would be ignorant to express relief that digital looks to be moving away from third-party cookies because, let's not forget, the tech giants are staying exactly where they are in terms of first-party data. That means premium publishers, and many advertisers who have a co-dependent relationship with premium publishers, need to focus on the intersection of context and data. They also need to think about what data matters most.

And the data that matters most is the data that gives you the highest quality signal of immediate or future intent while coming at the least cost to the consumer in terms of their privacy. Because, in the end, if we lose the consumer, we lose everything.

Right now, premium publishers have plenty of first-party data, but they also need other kinds of data. First-party data from their advertising customers is another piece of the puzzle but also zero party data. This is data that comes from consumers based on questions they’re asked directly rather than inferred and behavioural data.

Advertisers and publishers need to work together to maximise the amount of data they have on both sides of the transaction so they can create the most value for each other.

For marketers looking to navigate this increasingly complex issue, there are several questions they should be asking. For starters, find out what user data publishers have on the scale from completely anonymous users to authenticated users and everything in between. Find out if you will be able to match with their data in the future and the technical mechanisms they are going to use to do that. Ask the publisher to describe their audience in a way that's valuable for you.

Ask them about the cohorts of their audience. Through the lens of privacy, this begs the question: how many people do you need to get to a place where they can't be identified as individuals? It's not one, it's almost certainly not two because the behaviours would be too similar; somewhere between 30 and 200 users there becomes a privacy-compliant dataset.

If you'd said to a marketer 25 years ago that we could target people in groups of 30 to 200, they would have found that most extraordinary. That's a highly addressable audience, but a cohort that size is not big enough to invent a new product for, so the key is building cohorts that are relevant for the advertiser, and the publisher.

Ultimately, I’m of the opinion that for premium publishers to be truly competitive with the duopoly and offer advertisers a genuine option in the post-cookie world, there needs to be some kind of cross-publisher consolidation of data as well as the trading and technology that underpins them. I'm not sure how advertisers, or agencies, can organize themselves to have data-informed relationships and attribution-relevant relationships with a fractured group of publishers so it’s encouraging to see Australian publishers working together as part of ThinkPremiumDigital.

If they can get that right and combine it with the power of context, they’ll be a force to be reckoned with.

Watch Rob Norman in conversation with AdNews here at Digital's Next Frontier.