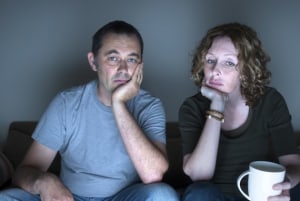 Most Australian consumers prefer the advertising experience of connected TV (CTV) over linear TV, according to research released by Integral Ad Science (IAS).

The digital ad verification company has released research exploring Australian viewers’ habits when it comes to streaming content and ads.

IAS surveyed Australian consumers to understand their CTV usage and how they feel about an ad-supported streaming experience.

The research found that nearly nine in 10 people stream content on CTV devices.

It also revealed that 92% of consumers think there are features of the CTV ad experience such as fewer repetitive ads, shorter ad breaks, and contextual relevance that make it superior to linear TV ad experiences.

Many (74%) use their connected TVs to watch ad-supported programming on YouTube.

“Australian consumers have been quick to embrace CTV and streaming platforms as the future of television, and they have high expectations for ad relevance in these new digital environments,” IAS country manager Australia and New Zealand, Jessica Miles says.

“The demand for advertising on CTV is also growing exponentially, fueled by increasing targeting options, increased measurement and transparency, as well as CTV’s ability to be bought programmatically. Ultimately, this opens doors for advertisers to reach expansive audiences in a more efficient and engaging way.”