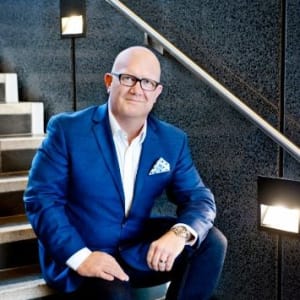 HP Sydney-based head of marketing South Pacific, Darren Needham-Walker, has been promoted to a worldwide marketing position out of San Francisco.

Needham-Walker, who previously spoke at Google's Brandcast event and called YouTube fandom 'marketing gold', had been working at the computer giant brand in Australia for more than seven years. His roles included CMO personal system group; country marketing leader imaging and printing group and more recently the head of marketing for the personal systems and services.

He has now relocated to the US as head of worldwide office printing solutions marketing at HP.

Needham-Walker, who advocates that marketing is a business enabler, previously spoke to AdNews about the shift of moving into a digital-first strategy and what he constitutes as “marketing gold”. At the time he said HP had increased its video budget by 50% year-on-year and had pulled the budget from traditional channels.

He said once HP started to create its own content with YouTube ‘creators’ as the mouthpiece, it soon became clear that production costs were far lower than traditional TV ads, and the engagement greater.

Seafolly is also currently seeking a new head of marketing. The position will see the marketer report to CEO Anthony Halas and be responsible for campaign executions across social, digital, PR, sales, advertising partnership and more. It’s not the only big fashion retailer seeking a new top marketer as Specialty Fashion Group is also recruiting for a marketing manager.