Google: ‘We didn't disrupt news media, the internet did' 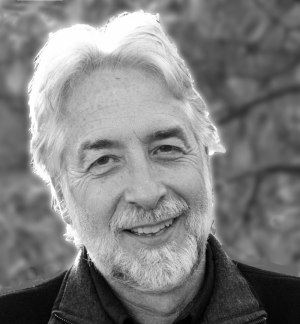 Google has its sights set on subscriptions as a way to work with publishers and ease frictions around monetising content and funding journalism.

San Francisco-based VP of Google News, Richard Gingras, has been in Sydney meeting with publishers to discuss the evolution of its news products, the future of media and Google’s role in it.

Gingras leads Google’s News products and is preparing to unveil the full details of its next wave of products and tools for publishers in a few weeks, with some reports saying these include AI-enhanced tools that will help publishers identify audiences, market, and sell subscriptions.

Google has increasingly been under fire from publishers and, alongside Facebook, is currently at the centre of a public enquiry around the future of journalism, which indicates just how seriously their roles in the future of sustainable media is being taken by the Australian government.

When asked by AdNews if Google did have a responsibility to fund journalism, Gingras said the responsibility is on all parties, but that some of the criticisms lobbied at Google are not based in fact.

“I would like to think that all of us feel that sense of responsibility about the ecosystem, that we all think about what we can do to make sure we have a powerful and sustainable fourth estate. I think it's incumbent on all of us to rethink what that means, not just Google.

“We’re big boys, we’re a big company, we have an influential position and people will criticise us, and that's fair. It’s up to us to answer, but some of that criticism is not based on fact.

“Google did not cause the difficulties and the disruption of the news industry - the internet did. It’s the internet that completely changed the market. It went from an environment where publishers had great control over their distribution - almost a monopoly - to a completely new and completely open marketplace,” he says.

Earlier this year, National Labor MP Sam Dastyari warned that public interest journalism is at a “do or die” point, commenting that journalism in Australia could die if a new funding solution isn't found.

Gingras defended Google against claims the digital players have caused the so-called ‘death of journalism’ and reiterated Google’s commitment to a healthy fourth estate.

“It’s understandable, but that's how the marketplace has evolved. It’s not because of things that Google has done, but because of the open marketplace. I personally feel I wouldn't be working at Google if I didn't feel we were having a positive effect on the ecosystem, but it is a rich ecosystem and supports many more voices than we’ve ever seen before, and that makes it a very competitive market,” he explains.

“People often refer to the digital platforms as a generic term as if we are all alike, but we're not. We each have different motivations, objectives and business models. Our objective here asks how do we create a healthy ecosystem for the web and news publishing? That’s important, not just because we think it’s a good idea, but because we have business interests to make sure it's a healthy ecosystem.”

He also batted back some suggestions that Google has been “taking all the ad dollars” from other media.

“We didn't take it from anyone, we didn’t steal it from anyone. We did have the good fortune to develop a compelling service in Google Search and happened upon the now obvious, powerful, fact that that's a great place to surface ads.”

The reality is, he says, is that advertising markets change, pointing out that it's often forgotten that media has always gone through periods of disruption and that when television launched, it disrupted the newspaper and radio business.

“TV was introduced in 1947 and within three years it was taking 30% of the ad market and all of it was out of newspapers, because they were a local ad medium. There was a huge shift in the newspaper industry and thousands of newspapers shut down and the end result was that in most cities there were two papers left standing in a very powerful position. Publishers very wisely harvested that revenue in a powerful way, and developed good newspaper products as a result.”

All eyes on subscriptions

Gingras also made a point of referencing that Google funnels US$11billion a year back into the publishing ecosystem globally in revenue shared back to publishers, but its new push into subscriptions could boost that.

He says there are now 10 times as many publishers putting in paywalls as there were two years ago, which makes subscription revenue more important.

“The rule of thumb always used to be that subs revenue paid for the newsprint. It was 3% of the revenue, but now it's likely to be more significant, if not a dominant, portion of the revenue. Obviously that only works if the news product seeking a subscription has a compelling value proposition that people recognise,” he says.

People have shown a willingness to pay for content they value, so Google’s new capabilities will allow publishers to put in place their own terms to allow or block access to digital content and experiment, and optimise, what works best. Other tools will help publishers use their own, and Google’s, data to identify people who could be subscribers, and ease the friction of purchase and sign up.

“Over the last year we undertook an effort in collaboration with publishers to see if there are things Google can do to help revenue growth with subscriptions … from sampling to purchase,” he says.

“We’re looking to provide capabilities that publishers can use at every step of the way. Part of it is evolving how sampling happens on Google Search  - which is the evolution of first click free.”

First click free, which Google is getting rid of, allowed users to circumvent publishers’ paywalls to read a story through Google. It has been a friction point for publishers who believe it undermines their paywalls, but Gingras says it has been portrayed “inaccurately” and was developed to allow publishers to get through its ‘anti-cloaking’ policy and offer samples of content.

Publishers have long held gripes with digital players including Google and Facebook, about how they can monetise their own audiences and content when it is accessed through other platforms they don't have control over. AdNews asked if the recent development were accelerated by increasing pressure from publishers.

“It’s yet another collaborative effort on our part with the publishers. I would say it’s less about gripes and pressure, and more about the recognition that the market is evolving, that the circumstances and opportunities for subscription are evolving and growing. We've been working with publishers and collaborating for a long time.”