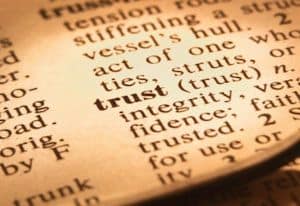 Trust, authenticity and citizenship are what makes a brand influential, according to the latest influential brands study by Ipsos.

The annual report was launched this morning (12 May) at the IAA breakfast forum.

Five of the top 15 most influential brands are Australian brands; Woolworths is the highest ranked in fifth, followed by Bunnings at eighth spot, Australia Post at 11, Telstra at 12, and Commonwealth Bank at 14.

Gillian O’Sullivan, Ipsos marketing managing director, said what keeps these brands high in the table is the sense of “citizenship” which comes from their investment in grassroots community. Bunnings, she said, scores particularly highly on that.

“Bunnings has a strong philosophy that it's part of the community and makes a lot of investment in grassroots – and that's really important,” she said.

“If brands don't have trust, authenticity, and citizenship, they're not going to have a chance to impact anything.”

Trust, she added, is identified from asking whether consumers would defend a brand's reputation, or go into bat for a brand against criticism.

In the report, the worst hit this year were the most established brands, such as Australia Post, which fell out of the top 10 to 11.

Some of the biggest climbers included Samsung, which moved up from 14 to seven in the league - closing the gap between it and Apple. It's something Samsung CMO Arno Lenior puts down to the brand identifying a clear brand purpose over the last few years and putting it to work in everything from R&D to marketing.

Samsung's guiding principle is to accelerate discoveries and possibilities of consumers' lives through its products and activities.

“Three of four years ago, the brand wasn't sure what it stood for at a corporate and master brand level, who we were, what we do and why we do it – we put in a big project of work to identify it and it was galvanising for the company.” said Lenior.

“Apple was starting to lack presence and we started to make hay and get our act together in marketing and products,” he said of making gains on Apple.

The report found that Samsung is seen as a brand that has made life more interesting – so the purpose it set out is filtering through.

YouTube appeared in the top 10 for the first time, moving up from 12 to nine, scoring points because consumers said it continually improves, is a trusted brand and one that they want to hear from.

The list differs the world over with the brands seen as influential in one region, not perceived in the same way in Australia. Coca-Cola, for instance, appears in the Top 10 list in a number of regions - but not here.

Google topped the study for the second year in a row, eBay is in second, followed by Microsoft and Facebook. The Australian list is dominated by IT and tech brands – something that Joy director Andrew Wynne isn't surprised by. He puts it down to those brands that people use in their daily lives being seen as the most influential

“Australians are practical,” he said. “The brands that they see as influential are the ones they are using a lot every day.”

While Apple, Microsoft and Google have all done well in the league – Samsung's Lenior points out that it may be a different story in 12 months after the impact of those brands being in the public eye on issues of trust around tax.

The study seeks to measure the ‘influence’ of brands and is based on five factors; engagement, trustworthy, leading edge, corporate citizenship and presence. It measured 100 brands in Australia and ranked each based on their level of influence.

This is only the second time the study has included brands from Australia.

“To exert influence, a brand needs to impact or change the way people shop, think, act and behave. It needs to become a fundamental part of life, shape consumers’ desires and help consumers get through their day,” said O’Sullivan.

“A brand must be seen to be really important in the world today and even impact the way people interact with one another and this year’s study shows just how quickly consumer attitudes towards brands can change.

"Brand custodians can learn a lot by understanding the various ways that brands, across a wide array of industries, have been able to achieve influence. The means of achieving influence varies greatly demonstrating that there isn’t any ‘one size fits all’ solution.”