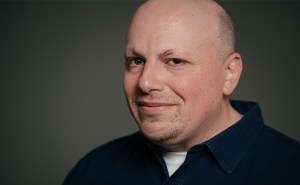 Heymann, who went to University of Technology Sydney, leads a 170-person department, reporting to founder and creative chairman David Droga. He oversees all campaigns produced by the agency on clients such as The New York Times, MailChimp and meal kit company Blue Apron.

AdNews caught up with the Aussie expat at Cannes Lions to discuss the festival, the presence of consultancies, the agency's winning work for Tourism Australia and plans to return home.

There has been a lot of talk about retrenchment at Cannes Lions this year. What's your view on the importance of Cannes Lions?

Cannes Lions is still a great barometer of where our industry stands and the direction in which it’s heading.

Streamlining the festival and the categories have been good steps in Cannes’ ongoing evolution to be as relevant as possible. In 2018, there are so many ways advertising work can be evaluated, rewarded and celebrated, but Cannes is still the Olympics of advertising.

What are some campaigns that stand out to you from this year's Cannes Lions?

I loved the perfectly crafted traditional pieces like the Apple HomePod ad or KFC’s “FCK”’ announcement, but I was also inspired by boundary-stretching innovations like the “Prescribed to Death” installation and the “Trash Isles” project.

Industry execs bemoan the impact of Facebook and Twitter on creativity, and their hyped presence at the festival. What role do you think they play in the industry?

Creativity always finds a way. Context is everything when it comes to communication, and social media is a huge part of the context we all now work in. Understanding the rules of social media and breaking them appropriately can be wildly effective.

Consultancies were probably the only group that grew their presence at Cannes Lions this year. What are your thoughts on the likes of Accenture and PwC encroaching into creative?

The boundaries of the advertising industry are more fluid than they’ve ever been, and there is more experimentation with business models than ever. It’s up to all of us to stay adaptable and to continue to reinvent ourselves and our processes to get to the best work.

The Tourism Australia work was huge from Droga5 this year. How rewarding was it to work and win on a campaign from your home town?

The Tourism Australia team did an amazing job executing such a fun, ambitious idea. And as someone who grew up with a Crocodile Dundee poster on my bedroom wall, and as one of many Aussie expats at Droga5, I’m really proud.

Droga5 came second in the independent category this year. What do you think it would take to be number one?

We’ve been fortunate enough to have been named Independent Agency of the Year the last three years at Cannes, and we’ll continue pushing the work on every front to put us back in that spot next year.

What’s the biggest challenge in the industry right now?

The industry is going through a bit of an identity crisis, which is leading to more options than ever in terms of where we can take it. It's also the biggest opportunity.

On stage at Cannes Lions, several execs, including Martin Sorrell, said the traditional agency model is broken/breaking. Do you agree with this?

Droga5 has always been at its best when it challenges the expected conventions of what an ad agency is capable of. We’re excited to continue to stretch the traditional agency model and break new ground for ourselves and the industry.

How is Droga5 future-proofing itself?

As with all things, self-awareness is a good first step. We’ve never been afraid to challenge our established processes and experiment with how we build teams to get to new work in new shapes and forms.

Would you and David ever come back home and give Australia a second go?

If it’s David Droga asking, the answer is: “No, not for a very, very long time.” If it’s my mum, I’ll be back any month now.