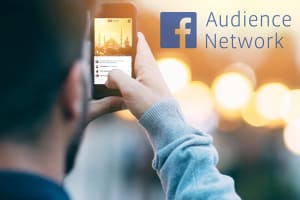 Facebook has begun a crackdown on unintended clicks across the network of external apps, games and publishes that it serves ads to.

The tech company will stop charging advertisers is a user clicks on a mobile ad but backracks within two seconds a telltale sign the click was unintended.

The new measure only applies to Facebook Audience Network and not Facebook’s own platform, which does not have ad units that are intrusive and drive unintended clickthroughs.

“Ad placements that are built to drive unintentional clicks run counter to that goal,” Vogel says.

“While they can be profitable for publishers, they fail to deliver good experiences for businesses or people. For advertisers, these kinds of unintentional clicks can drive down the value of their campaigns.”

Facebook says the detection system it has used to determine if a click is unintentional is drop off rate, which is the time the user spends on a landing page.

“This can be due to implementation error, or because the ad is in the wrong flow of the app experience,” Vogel adds.

“When we see abnormal behavior, such as an inflated clickthrough rate, we'll automatically pause placements to protect people and advertisers. We'll also inform publishers so they can make necessary changes.”

Facebook’s motives for improving the mobile advertising ecosystem are laudable. Fat finger clickthroughs due to poorly placed ad units are source of frustration for users and offer little value to advertisers.

Publishers will question why unintentional click detection only applies to Facebook Audience Network inventory and not to ad units on its own platform.

To help clear the matter, the social media network has updated its policies on how publishers can avoid unintentional clicks.