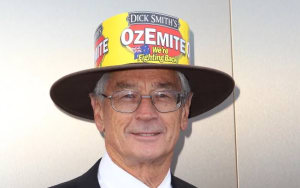 Dick Smith is launching attack ads against ABC TV news shows for what he calls “treasonous” bias in the debate over Australian population growth.

Smith claimed in an interview with Fairfax Media that both Labor and Liberal politicians have told him privately that they agree with his calls to cut immigration to avoid future social and environmental fracturing.

But he claimed they were afraid to speak out publicly because the ABC will label them racist.

“This is warping our democratic process, it is basically treasonous,” he said.
He claims ABC television's news and current affairs has deliberately ignored his campaign over the issue.

Last month, Smith spent $1 million on his version of the “Grim Reaper” AIDS ad as a warning against population growth.

Smith hopes the campaign will slash immigration numbers to around 70,000 in order to see population level off at around 30 million.

However, an ABC spokesman rubbished claims of bias against the broadcaster calling them “untrue and not supported by any evidence.

The spokesperson says: “The ABC has no position on the issue of population growth, has no ban on reporting on this subject, and has issued no decrees or any other type of instruction to staff about reporting on this issue.

“The ABC has frequently reported on Mr Smith’s views, including in long-form interviews, news stories and a documentary.”