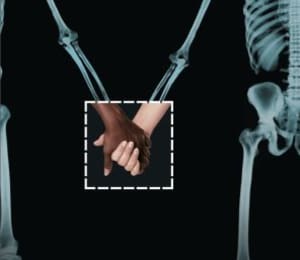 This article first appeared in the 18 March edition of AdNews 'The Gender Issue' a themed edition that explored sexism and gender diversity in the advertising industry and marketing. You can read it all below but if you want it as soon as it goes to press, you better subscribe here.

Like the old adage about keeping things interesting, is it about time diversity became de rigeur in the advertising industry, Rachael Micallef asks.

They’re wise words despite what you may or may not think about WPP’s own diversity, and implicitly point to a problem in advertising: the white man syndrome. It’s a norm in the industry, one that has already reared its head this year, but something that is still spoken of far too infrequently and acted upon even less.

And while we don’t propose to build Rome in a day we thought it was fitting to ask those who live and breathe advertising how they think the industry can tackle the problem and increase diversity.

For Christmas, Niccola asked Santa for two things: diversity in advertising and a pony. Thus far, neither has eventuated. When not crafting typography she volunteers as head of the National Award School.

Advertising people of Australia, we need to talk. David Ogilvy once said, “The consumer is not a moron, she is your wife”. How right you were Mr Ogilvy, but let me evolve this a fraction. The consumer still isn’t a moron, but her surname could be Nguyen. And she might actually want a wife of her own.

Diversity in advertising shouldn’t just be a matter of satisfying demographics. It should be a creative necessity. Imagine the art world without Jean-Michel Basquiat or the literary world without Maya Angelou. Instead of hiring a younger/older/smarter version of yourself, how about hiring someone completely different? Someone who might not have won that Cannes Lion (yet), but might actually invent a whole new category?

You just hired a female creative team? Go you! But don’t just give them the tampon brief. Give them the truck brief and the beer brief. And how about representing the ‘real’ Australia in our ads. The one where more than a quarter of our population was born overseas. You might inspire someone completely different to give advertising a go and change its face forever. Be the change you want to see, Australian advertising. I know you have it in you.

Colombian-born Ponce de León is wellknown on the international circuit for his award-winning campaigns and has long been an advocate of diversity in every format.

I think less words and more action would be a good start. So I’ll keep it short. What I’ve found most irritating about this issue is the broad range of excuses we hear from those who can actually make a real difference. ‘We always hire on skill.’ ‘Talent must come first.’ ‘We will never do quotas.’ ‘There’s plenty of diversity in other company departments.’

It’s bloody hard to fix a problem when people are genuinely convinced they don’t have one. I have one piece of advice for agency leaders: if you don’t believe you have a diversity problem, go and ask your staff. Have a walk around your office. What do you see? Do you see a diverse workforce?

Is it a true reflection of our society? Does it feel genuinely open, tolerant and embracing of all? Most importantly, is it a progressive vision of the world and the future of your company and the industry in general? If it is, good on you. If it isn’t, go out of your way to fix it. Do everything in your power to do so.

I believe what people found most frustrating about the ‘seven white men’ episode was it looked like the company wasn’t trying hard enough.

Of course we have a diversity problem in our industry. It’s evident in certain areas and blatantly obvious in others, like creative. Noticing and acknowledging it is one thing, admitting it and taking action is quite another. Action will always speak louder than words. In this case, it's what can make all the difference.

Jane swears by diversity when it comes to doing business. From ideation and income streams to the people and their point of view - it’s a mixture of minds that attracts disruption and innovation.

Quick. Hurry. Now. With diversity currently getting the attention it deserves, let’s act on it. As a replacement for my opinion, here’s a to-do list so you can get cracking. Print this out and stick it on your forehead so everyone knows when you tick them all off.

1. Take a good hard look at yourself. Find the nearest mirror or stare deep into the eyes of your most recent selfie. Then ask the question: Am I doing enough? If the answer is sort of, keep looking. As of now, this is your issue. Own it.

2. Learn a new body language. Be hyper-aware as to whom you’re making eye contact with in meetings. Not locking peepers with everyone at the table makes those who miss out feel invisible and will only have a negative effect on confidence and who contributes.

3. Put the word ‘diversity’ on the top of your to-do list, board’s agenda or Trello card. Prioritise it, highlight it or draw a dick next to it – do whatever needs to be done to make sure this does not get pushed aside or forgotten.

4. Hire like it’s 2016. Throw your subconscious bias out the window and make sure your interview panel is just as diverse as your potential employees. And remember, when it comes to salary negotiations, ‘mind the pay gap’.

5. Find your voice. You scream encouragement at your sports team, you push your partner to be the best possible version of themselves – now speak up and support your friends, strangers and colleagues. It’s time that pack mentality became a positive phrase.

Sabir is one of the founding partners at Reborn Group who has helped deliver successful work for brands like Nestlé, Lion, CSIRO, Colgate and Revlon.

While I believe Australia’s advertising industry is progressive when it comes to workplace diversity, there will always be room for improvement. Whether it’s cultural, gender, age or lifestyle, promoting workplace diversity can be done in many ways. It starts with a consistent recruitment and hiring strategy that promotes it and a culture that enables it to thrive.

Increasing representation of all groups within an organisation is what will help create a culture that is progressive and for the future. Creating leaders in business that set the tone, which will then filter down to the rest of the organisation. Making managers and leaders accountable and reward those who embody it is one of the keys to success.

Encourage exploration and discovery among people within your organisation. Understanding someone’s background, their mindset, and what works for them will help foster an environment that encourages transparency and openness within a team. All of this needs to be layered with effective and open communication at all times.

At Reborn, diversity fuels our creativity and gives us the opportunity to look at things differently.

It gives even more meaning when we say it’s ‘our idea’ – it’s the collaborative output that helps deliver great work. Ultimately, commitment and ongoing measurement are the two key constants that will help maintain workplace diversity longer term.

As the saying goes, the whole is greater than the sum of its parts.