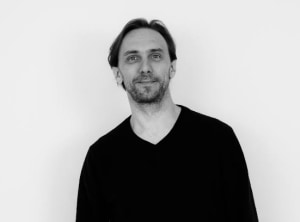 Mark Baartse weighs in on the latest development to the digital privacy debate.

The subject of digital privacy is becoming louder, and while it’s not quite the favoured subject at most cocktail parties, it’s starting to float its way up to the boardroom.

This was clear when the publicly listed City Chic Collective (ASX:CCX) released its April 2022 board report with a whole page on “The Future of Digital Privacy”. It’s great to see a board focused on this increasingly important area.

It’s an evolving landscape but despite a bunch of people posturing about possible futures (including yours truly) no one really knows what it will look like - maybe the impact will be a whisper and maybe an atomic bomb.

What is clear is the City Chic response is incomplete at best, dangerous at worst. Their response (as published) focuses on server side tracking. There’s no doubt server side tracking is a part of the solution, but they speak as if it is the solution. If only life were that simple. The risk is this incomplete answer could trick people into thinking the problem is solved and move on. They are right to address this, but their response ultimately amounts to a few tickets to the dev team, and not the required fundamental shift in approach to digital customer acquisition.

Happening in parallel to these technical changes (cookies dying etc) is the changing legislative landscape. We are moving to a world where the 1:1 data profiles the data giants have held - and we’ve become addicted to - are vanishing. And that is a profound change deserving of boardroom attention.

So what would be a more complete response from City Chic?

They need to understand their dependency on the data profiles built by the data giants. We’ve become so used to micro targeting options that simply may not exist soon. City Chic may want to show some Google Display Network ads to 35 - 54 year old women interested in plus size fashion. Not for much longer. Look at Google’s forthcoming Topics targeting. 349 categories is really not a lot.  “Beauty & Fitness/Fashion & Style” is the best we can do in future. Best I know, we can’t even choose gender. That, to me, feels like a threat that should be covered. Not a few dev tickets changing tracking.

Many online heavy companies, including most fashion companies, are heavily dependent on Facebook’s conversion ads, trusting Facebook to work out who is ready to buy that dress any moment now.

While Facebook has a range of first party signals (e.g. you liked that post from a dress retailer on Instagram yesterday), it also depends heavily on your browsing patterns on the open web. I recently browsed a mattress in a box company site, and my Facebook and Instagram feeds were flooded with ads from a range of mattress companies for the next few days.

I’m gonna guess (and I have no inside knowledge) that this is true of City Chic. So this is the real risk here - the weakening of what is likely a key customer acquisition channel for them. Many online DTC companies, fashion in particular, can be getting 50% or more of their new customer acquisition from Facebook conversion ads.

What if they suddenly become half as effective due to data starvation from a combination of technical and legislative changes? We’ve already seen their effectiveness drop in the last year or so with a partial data loss thanks to Apple, and that’s likely only the start.

Australia will soon enough follow EU’s footsteps in GDPR like legislation. A concerningly strict  “exposure draft” of amended privacy legislation has already been published and the industry responses are interesting - including Meta’s staggering 28 page response (the lady doth protest too much, methinks). This, again, is far bigger than switching tracking from client to server.

They also haven’t acknowledged that the way first party customer data is to be collected, managed, and used is likely to dramatically increase in importance while becoming more complex and prone to regulation their marketing teams are likely unfamiliar to dealing with.

So, while I applaud City Chic for acknowledging the changing landscape in their annual report, I would also urge caution that they don’t put a tick in the “digital privacy solved” box just yet.