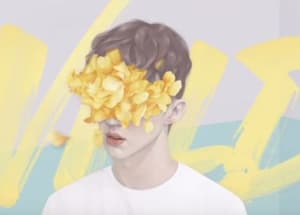 Australian marketers, YouTube and Google execs and a bunch of leading YouTube creators from around the world will gather this afternoon for Brandcast.

At the upfront-style event held by Google, the internet giant is set to reveal some key stats, such as how watch time in Australia on YouTube has grown 60% over the past year, in an attempt to woo advertisers and marketers alike.

AdNews also understands that the number of hours of content uploaded in Australia in 2014 grew by 50% - another stat set to be released.

Among the presenters will be Kelly Merryman, global vice president of content partnerships at YouTube. Attendees from agencies and top marketers are also expected to attend.

At last year's event, Google and GroupM inked a deal that saw the agency become the exclusive partner of the Google Preferred program for 2015. GroupM said the deal reflected a shift in the way the agency network views online video.

After Brandcast, FanFest will then commence – an official event held at Qantas Credit Union Arena where fans of famous YouTube creators pay to see their idols.

Hewlett-Packard (HP) is one brand that looks set to promote what it's doing, with three of Australia’s latest YouTube sensations, as it aims to help them create “inspiring content and stay connected” with their growing fan bases.

HP will team up with Troye Sivan, Tyde Levi and SketchShe, who are in Sydney for YouTube FanFest 2015.

“HP’s portfolio of consumer products has never been better suited to this way of life, and most importantly, empowers users to push the boundaries of creativity.”

In May this year, HP established the YouTube Academy with HP – a program enabling Asia’s next generation of the creative talent to share their passion and inspiration with the rest of the world.

The program will run to 30 October 2015, where final participants will be judged on their body of work, created during the program, by a panel of industry experts and the general public. The ultimate winner will receive a studio makeover and free attendance at YouTube FanFest 2016.

Check out some of Australia's top YouTube talent below: