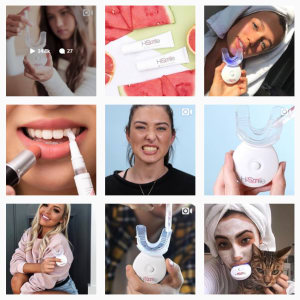 In just four years, Nik Mirkovic and Alex Tomic have used influencers and Instagram to turn a $20,000 investment into a teeth whitening multimillion-dollar empire.

Australian startup HiSmile is one of the few brands that has successfully tapped into social media culture, amassing a huge following along the way. It has built a team of 55 people around content creation, preferring to keep things in-house rather than outsource to an agency.

With help from Kylie Jenner and Conor McGregor, as well as dozens of micro-influencers, HiSmile has this year exceeded a turnover of $100m.

Mirkovic (23) and Tomic (24), both from Queensland’s Gold Coast, had no marketing experience prior to the launch of HiSmile, but they saw the oral hygiene market was rife for disruption. With customers bored of the generic brands available and professional teeth-whitening requiring a trip to the dentist and costing several hundreds of dollars, they saw a niche in the market.

The company’s flagship product is a LED teeth whitening kit costs $79.99. They also sell toothpastes, gels and a coconut oil mouthwash and have 30,000 subscribers who pay between $19.95 and $29.95 per month to have their oral hygiene products delivered.

“When we started HiSmile we saw digital marketing as a way to play to our strengths and remain agile and it was a way to make the most noise without having all that capital built up,” Mirkovic tells AdNews.

“We’ve been self-funded from day one and as all other marketing and media avenues were quite expensive so we decided to build our brand through social media because it was free.”

The duo also distributed their product to influencers in hope they’d endorse the product before they explored paid advertising.

“As we grew and scaled and backed ourselves more, we got into paid advertising and paid influencer marketing. For us, using social media in the beginning as a free channel was the smartest way to get our brand in front of the most people.”

“Digital advertising is huge for us and it’s where we put most of our time and money,” Mirkovic says.

“We started heavily on Instagram with influencers, but when we moved into digital advertising we started to see a lot of success.”

“Influencer advertising is top of the funnel. It helps our demographic see the product everywhere and HiSmile becomes top of mind. The digital advertising allows us to systemise and create a funnel where we can target off the back of web traffic, views etc,” he says.

“Digital advertising is a more strategic approach because we can target people and it allows us greater scale and to track ROI, but it definitely ties hand in hand with influencer marketing.” 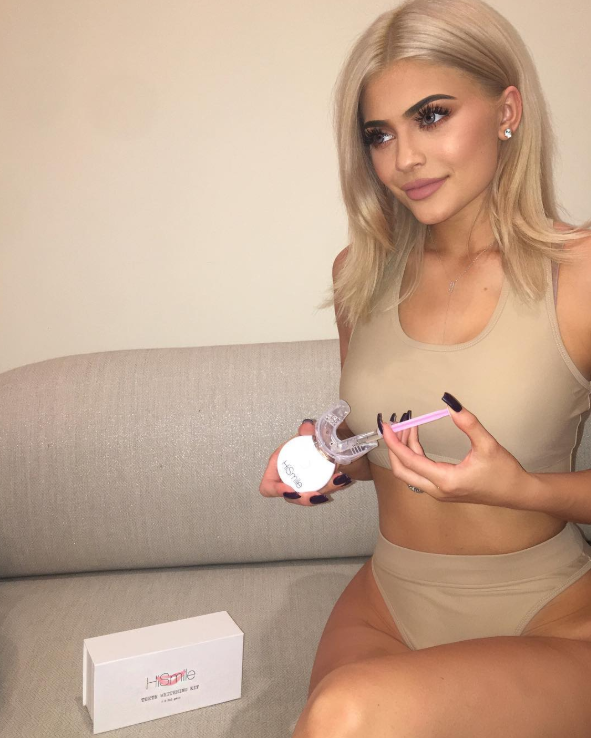 While HiSmile relies largely influencers with smaller followings, the brand recruited social media mogul Kylie Jenner and UFC star Conor McGregor to promote its products to their millions of followers.

A post from Jenner on Instagram is estimated to set a brand back $1 million, which makes her the highest paid celebrity influencer on the social media platform, according to the 2018 Instagram Rich List compiled by Hopper HQ. She appeals to HiSmile’s core demographic of 16-24 year old females.

The partnership with McGregor helped HiSmile “explode” in the male millennial market, so much so its user base is now almost 50/50 male and female, Mirkovic reveals.

Tomic admits HiSmile has tightened its guidelines on influencer marketing with the brand initially working with thousands of social media stars. To ensure the influencers HiSmile collaborates with align with its brand values, there is four full-time staff within HiSmile that manages its influencer partnerships and it doesn’t work with any influencer agencies.

“We have a better system in place to find the right influencers,” Tomic says.

“Early on it can be a risky procedure when you have a lean team and a small budget. Lucky for us there was no backlash and it wasn’t detrimental to the brand, but we did team up with influencers that probably weren’t ideal for the brand moving forward so we cut ties with them.”

Why HiSmile won’t outsource to agencies

Tomic and Mirkovic view the HiSmile marketing team as its own internal media and creative agency, choosing not to bring on any external partners.

“We treat ourselves as a media team,” Tomic says.

“We’ve built a team of seven that in itself is a media agency and we are producing that much content that we are competing side and side with the likes of McDonald’s, Coca-Cola and Nike. We put a lot of time and resources into that because we know how impactful it is.”

He believes external partners would hinder HiSmile’s ability to be agile and says working with an agency straight away is “one of the worst things you can do” with a startup as you are relying on other people to understand the ins and outs of your business.

“When you do outsource without an understanding of your own business, you are putting your fate into someone else’s hands. If it doesn’t work, you don’t know why, and if it does work, you won’t know how to take it to the next level,” Mirkovic says.

Mirkovic adds his and Tomic’s hands on approach has been their “biggest strength” and also led to HiSmile investing the most in its marketing team; the biggest division within the business at 20 people.

“The marketing team is the biggest because of how much we value constant change and creating new things, which is key in the social media age and with how quickly information is consumed,” Tomic says.

The entrepreneurs didn’t rule out agency partners altogether, but agreed they hadn’t exhausted their own internal resources just yet.

The pair, who were the youngest entrants on the Australian Financial Review’s 2017 Young Rich List with a combined wealth of $100 million, have big plans for the burgeoning brand. They want HiSmile to be one of the largest retail brands in the world.

Even with all their recent achievements, Mirkovic says the goal posts keeps moving and no number is enough to satisfy the duo.

Digital marketing will continue as a major focus for HiSmile, but it also intends to explore experiential marketing later this year with activations across Australia.

On a recent trip to Europe, Mirkovic says he was inspired by various brand activations in that market, such as the various parties held by clothing retailer Revolve, which often hosts lavish events for a mix of celebrities and social media stars.

“The infinite goal is to not be just the largest oral care company but one of the largest retail companies in the world,” Mirkovic said.