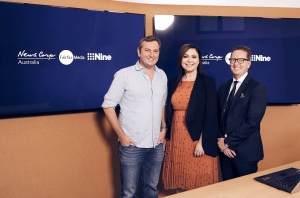 Rivals Fairfax Media, News Corp and Nine will start sharing audience data about their audiences in 2018 in an effort to fight of the threat of the digital duopoly.

The alliance plans to authenticate user identification to ensure when readers log in to an account with one of the publishers through any device, they will be able to be better tracked and targeted, based on their behaviours across all three platforms.

“This combination of Australian publishers will offer a real alternative to the global players for our advertisers and agency partners,” Stephenson says.

“As Australian content creators it’s incumbent on us more than ever to ensure our audiences, data, content and now identity are being properly harnessed for marketers by Australians."

Google and Facebook offer advertisers a high level of addressability and have been growing their share of digital ad revenue at the expense of traditional publishers.

This new initiative will give traditional publishers greater capability to compete with the scale of Facebook and Google, which MCN boss Anthony Fitzgerald recently slammed as “media wastelands”.

Advertisers have become increasingly sensitive to safe environments online, following brand safety sagas and over inflation of audiences, but also to addressable audiences, which has been a big focus for TV players this year.

Under the new deal, marketers will be able to target individuals rather than cookies. Campaigns can be designed to specifically cater to these users, for instance serving different advertisements by devices or on second viewing.

The user ID remains anonymous, but being able to focus on targeting people rather than device is becoming a global focus to ensure "addressability" of audiences.

Australian publishers have tried to come together in the past, with Yahoo7, Fairfax Media and News Corp attempting to create a premium advertising market back in 2013. However, the negotiations came to an end as Yahoo7 withdrew.

Nine and Fairfax are still a part of the premium programmatic exchange, APEX, which launched in 2014, but never really gained momentum.

Fairfax Media yesterday announced a first of its kind partnership with Google to allow some of its programmatic advertising to be handled by the tech giant, and plans to work together on future digital media projects.