Technology and poetry collide to launch the 2018 Google Impact Challenge 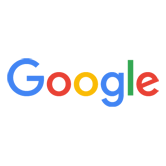 $5.5 million will be awarded to nonprofits and social enterprises in a ploy to encourage the use of technology to tackle some of the world’s greatest social challenges.

Independent agency The Hallway is behind the new advertising campaign for this year’s Google.org Impact Challenge Australia.

Now in its third year, the Challenge discovers and supports the next generation of Australian innovators who are making an impact, both on a local and global scale.

This year, the Challenge will award $5.5 million to nonprofits and social enterprises who are using technology to tackle some of our biggest social challenges.

$1 million of the prize money is granted by People’s Choice.

The 2018 finalists include OzHarvest, Orange Sky Australia, The University of Sydney, Murdoch University and Environs Kimberley.

The Hallway ECD and partner Simon Lee says: “We all dream of a better world, but there are amazing Australian organisations working with technology right now to make that world a reality.

“We’re honoured to have the opportunity to help drive awareness of these organisations and the contribution the Google Impact Challenge makes to them.”

The campaign launches with a film which celebrates the pioneering spirit of Australian innovators and the nation’s collective potential if we stand by them.

Influenced by bush and slam poetry styles, the film features biomedical engineer and inventor, and 2017 NSW state Australian of the Year finalist, Dr Jordan Nguyen, who is well-known for his technological developments for the disabled sector.

The judges will select three winners, and public vote will decide who earns the one million dollar People’s Choice grant.

Previous winners of the Google.org Impact Challenge Australia include the Centre for Eye Research, Hello Sunday Morning, and The Fred Hollows Foundation.