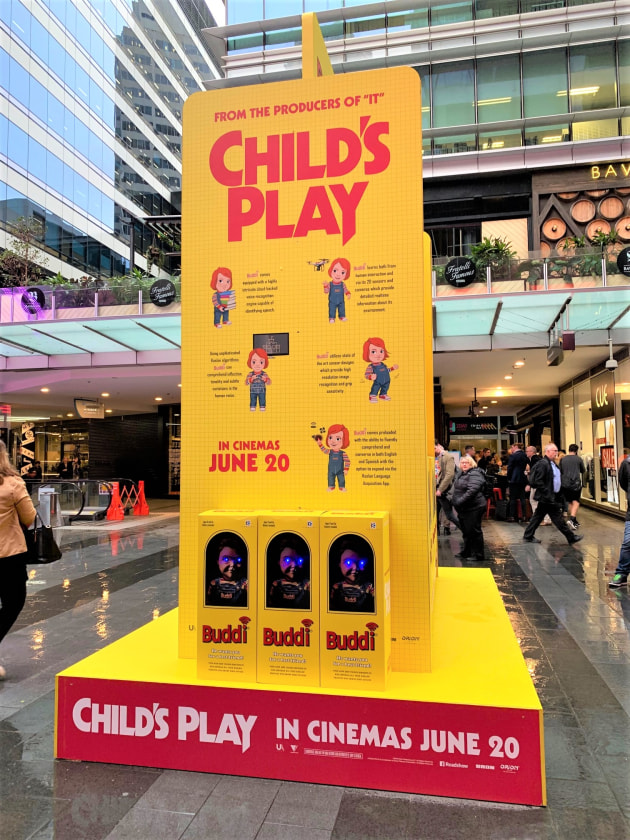 Habitat Media, Roadshow Films and OMD have joined forces to bring to life the contemporary re-make of Child's Play.

Habitat Media has partnered with Roadshow Films and OMD to promote the Child's Play, a re-imagining of the iconic 1988 horror film.

To publicise the launch of the film, Habitat created a giant toy store shelf display to bring the Buddi doll to life at World Square in Sydney.

A large toy department installation was created to showcase the new lifesize Buddi dolls and whether you know the classic film or not, the activation could have you hearing the scurrying footsteps of the doll behind you.

The film, a contemporary re-imagining of the 1988 horror classic film Child's Play, follows Karen, a single mother who gifts her son Andy a Buddi doll, unaware of its sinister nature.

The installation was live from Tuesday June 18 until Friday June 21.