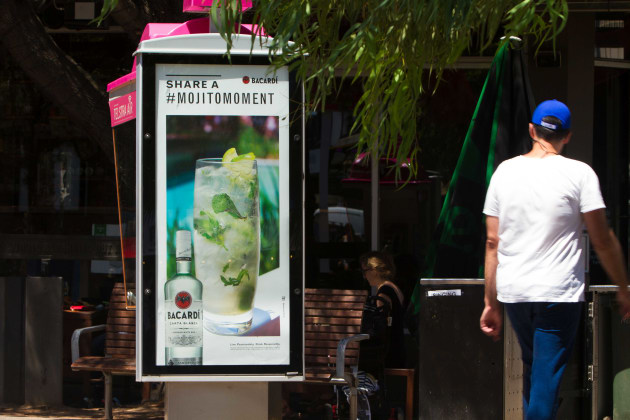 Nothing says summer like a data-led outdoor ad campaign.

Bacardi has worked with Jules Lund’s social influencer platform Tribe to create a summer campaign that promoted Mojitos as the drink of the summer.

It tapped up more than 60 social media influencers to share photos of their #MojitoMoments on Instargam.

It then used and then used data and technology to place those posts on digital outdoor screens that were geographically located close to where the original post was shared.

Lund says: “Thanks to sophisticated smartphone cameras, it’s really the first time in history a brand’s own customers can generate creative-agency quality imagery at scale, speed and a fraction of the cost. OMD Create and Bacardi are well ahead of the trend. They’ve empowered their own brand fans to publicly and authentically celebrate their love of Bacardi. And who better to create content customers love than the customers themselves.”

The brand also developed Snapchat filters that were geo-targeted to all partner venues so that consumers could join in and share their own #MojitoMoments.

Jonathan Sully, Bacardi marketing director, added “We are excited to bring this new level of engagement to customers. Bacardi Mojito moments demonstrates our approach to connecting with consumers through immediacy and innovation, via consumer centric creative.”

The campaign has seen more than 50,000 Instagram engagements so far and Bacardi reported a lift in sales in January.

The campaign was created by OMD’s content and integration team OMD Create.

'Giving a XXXX about tomorrow' via UM

"When Subaru invited me to be their ambassador, I was stoked!”