Nimble as a Mouse

Saatchi & Saatchi had the idea to turn the car into a mouse, so it could move a cursor on a giant screen and operate a computer.

The idea posed a technological challenge. At the time, there were ways to track a car’s movements. But there was no known method for turning the car into a fully functioning mouse, with the ability to click, draw and drag. So working with a web developer, the agency devised custom software to make it possible.

The feat required a large indoor space, a web cam, two laptops, an LED for the car, and a projection screen.

Then, before an exclusive audience, the iQ operated a giant computer to design its own newspaper ad, complete with webcam photo, mouse-drawn logo and a copy line, which was typed using a virtual keyboard.

The live event was shot and edited into a short film and a behind the scenes video. 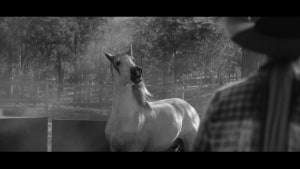 Stacks Law Firm in ‘The lawyers you know’ via Milk+Honey

Reflecting the style Stacks has been known for since 1931.