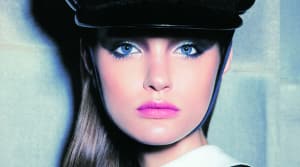 The third year of the AMAs saw Matt Handbury, former owner of Murdoch Magazines, inducted into the Magazines Hall of Fame.

The AMAs recognise the nation’s top magazine publishers by assessing and rewarding excellence in a dynamic media sector. This year 19 awards were handed out, with K-zone and Super Food Ideas winning the inagural Magazine Website and Magazine App of the year gongs, respectively.

Vogue was handed the top gong over the likes of 2010 winner the Australian Women’s Weekly because of its consistency over time, according to the judges. They commented: “Vogue’s covers are stunning and are true to brand form. Vogue sets the benchmark for fashion and beauty within its category and does that for the entire magazine channel.”

Wish won the Newspaper Inserted Magazines category, Australian Traveller the Niche, Vogue Living the U-Turn of the Year and Qantas The Australian Way in the Custom category.

For a full rundown on all of the awards see today’s issue of AdNews.

Magazine of the Year
Vogue Australia

U-Turn of the Year
Vogue Living