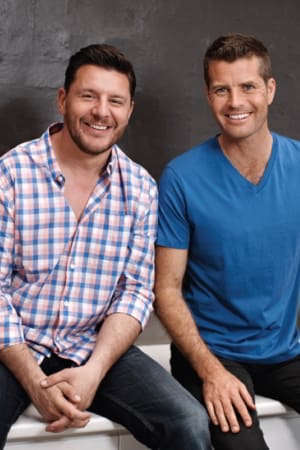 Social TV has gained currency among media buyers who are increasingly looking at the social buzz around a show to guide investments, but TV networks are being warned their companion apps are not cutting it with consumers.

The majority of social TV engagements are still happening on external social networks such as Facebook and Twitter rather than on proprietary apps. According to research from MagnaGlobal, 17% of people use external networks to chat online with friends about TV shows they like versus 2% who do the same using an audience participation app.

MagnaGlobal managing director Victor Corones told AdNews: “Networks need to work out what value apps bring to the conversations around shows. Maybe that’s through extra content such as behind-the-scenes footage or voting. There are ways to broaden it so there’s scale for an advertiser to work off.

"I think it requires further understanding of what apps can bring to the consumer, that will help us understand what opportunities are there are for advertisers. It's a big ask to ask consumers to move away from existing social networks so there needs to be other reasons for them to migrate to apps."

Seven’s My Kitchen Rules may have been smashing its rivals in the ratings, but Nine’s The Block: All Stars has scored higher in the social stakes, according to MediaCom’s social engagement monitoring tool mBuzz, which pulls together data from Facebook, Twitter and Google.

Corones added: “Social currency is of value to us. If there’s enough buzz and interest, it can engage extra viewers, as we saw through The Voice.”

MediaCom head of innovation and technology Nic Hodges said: “When our guys are talking to the TV networks, if we’re investing in a certain show, we want the social elements to be performing. Social data gives us a tool to have those conversations. It’s pretty clear the major networks understand the value of social. We’re only two weeks into ratings and we’ve seen a real marked increase in the mBuzz score across key properties.”

MKR’s phenomenal ratings have seen increased advertiser interest across all of its platforms, including digital. Yahoo!7 commercial director Damon Scarr said: “The engagement metrics across all the platforms are through the roof. We’ve been working closely with advertisers and the group with how we integrate broadcast, online and other activations.”

Advertising on My Kitchen Rules' 'viewniverse' has mostly sold out, including its iPhone app.

This article first appeared in the 22 February 2013 edition of AdNews, in print and on iPad. Click here to subscribe for more news, features and opinion.